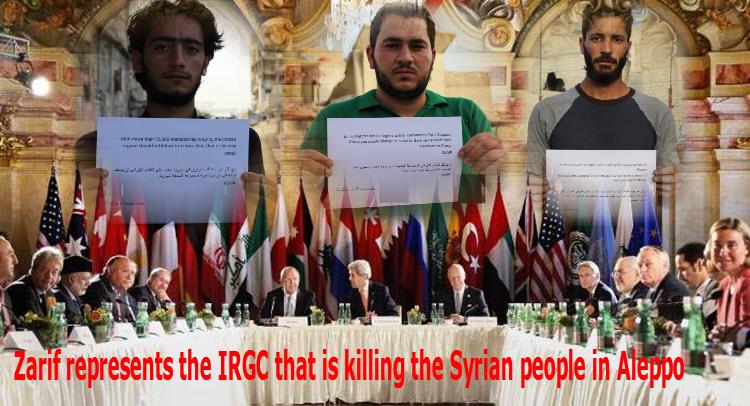 It has been reported in The Local that senior envoys from around the world are meeting again in Vienna on Tuesday with the aim of putting an end to the bloody civil war in Syria.

The chairs of the meeting are US Secretary of State John Kerry and Russia’s Foreign Minister Sergei Lavrov – an odd combination mentions the journalist as they are “at loggerheads over much else in the world”.

The 17-nation International Syria Support Group (ISSG) are once again calling for an immediate halt to hostilities and will call for “immediate humanitarian access to besieged communities”.

One issue that may turn out to be problematic is the call for Syrian President Bashar al-Assad’s regime and the rebels to decide on a framework for political transition.

The US officials want Assad to go and they have an August 1deadline for setting a framework for this plan. However it seems that Assad, with military backing from Russian and Iran, has no intentions of doing so.

Yet “Washington’s allies privately doubt the August 1 date will be met”. A senior State Department official told reporters in Vienna that the opposition coalition had been open about how they want the deal to be negotiated, but Assad’s people have not engaged, despite publicly backing the talks.

He said: “The regime is just not there, and I think that’s really the key to it.”

Some Syrians are also very angry about the support the Iranian regime is giving Assad’s forces. Several who are still living in Syria have expressed to the ISSG “that inviting the Iranian delegation is the same as inviting their killers to the meeting”.

They have taken pictures of themselves holding posters denouncing the Iranian regimes support.

One message calls for the regime in Iran to be “held accountable for their crimes committed in Syria in the past five years”.

Shahin Gobadi of the Foreign Affairs Committee of the National Council of Resistance of Iran (NCRI) has said that inviting Iran’s Foreign Minister, Javad Zarif, to the talks is “tantamount to asking an arsonist to take part in putting out the fire”. He said that the Iranian regime plays a very significant role in the survival of Assad’s dictatorship.

“Without the mullahs’ massive military intervention and full-fledged support for Assad, his regime would have been overthrown a long time ago,” he said.

The Local also reported that on Monday that “powerful blasts rocked a gas field after what observers said was an Islamic State group attack on the key infrastructure Syria will need if it is to rebuild”. 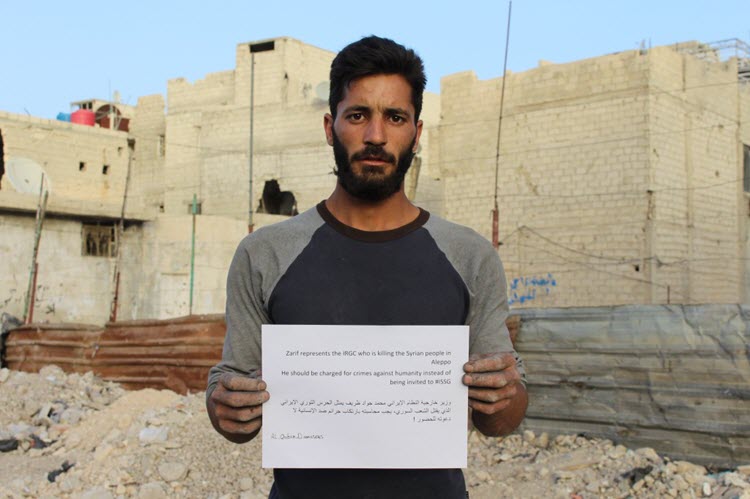 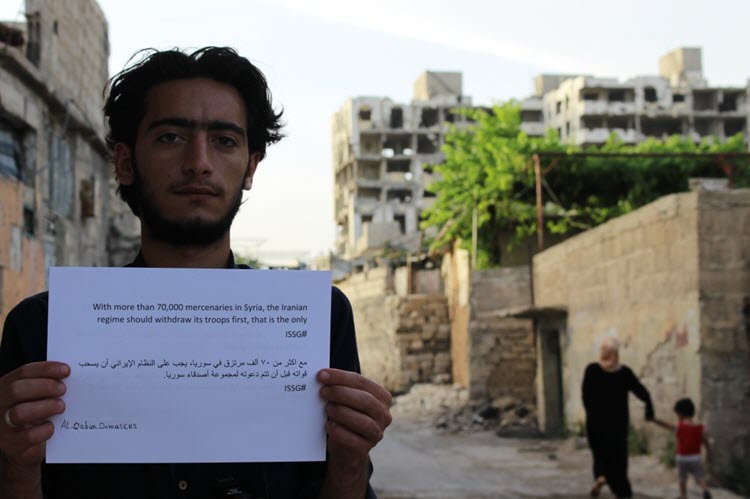 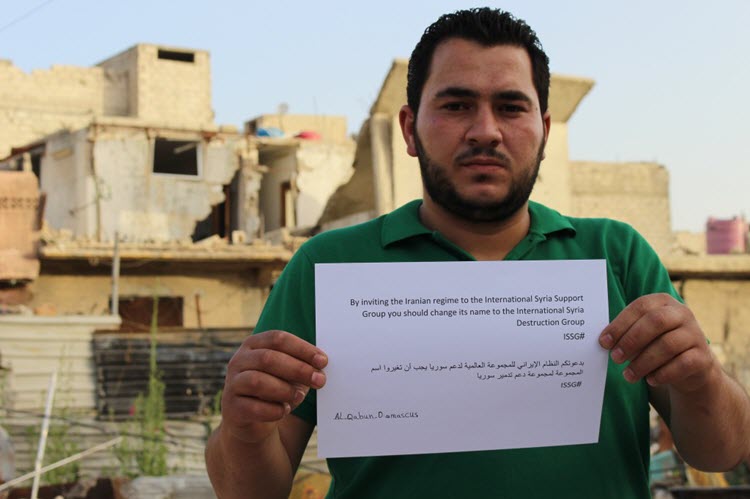