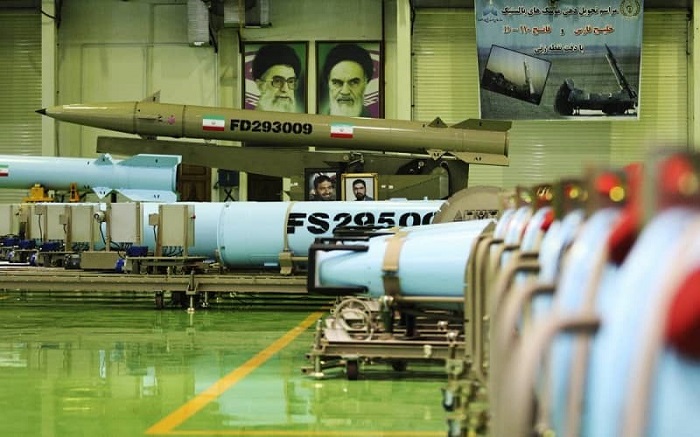 The Wall Street Journal reported on Thursday, February 3, that even if world powers reach an agreement with Tehran, the government would be able to produce a nuclear weapon within a year, therefore rendering any agreement worthless.

The Iranian nuclear issue has been one of the most critical foreign policy concerns for the northern hemisphere and its governments for practically the entire life span of the new century. Governments have struggled to figure out how to prevent a new nuclear-armed harsh state like Iran, regardless of their political leanings.

The West, in particular, has experimented with a variety of strategies, ranging from “critical discussion” to “positive engagement” and “constructive discourse.” The past US administration likewise pursued a program of ‘maximum pressure’ towards Iran. The clerical regime’s response, on the other hand, remained unchanged: a multi-layered defense strategy based on regional proxy warfare, a burgeoning ballistic missile program, and a nuclear weapons program. All three had the same goal in mind: maximal extortion from the international community.

For years, the West has changed its attitude toward Iran, granting security guarantees, refusing to back the popular uprising, ignoring severe and systemic human rights crimes, blacklisting the main Iranian opposition movement, and even attempting in vain to disintegrate it. The Iranian regime, for its part, regularly changed its tone but refused to move in practice.

The Iranian regime has been the most active sponsor of worldwide terrorism since its inception until the dawn of the twenty-first century. However, the West continued to release caught terrorists or pay the ransom, effectively funding Tehran’s hostage-taking campaign. The United States took 9/11 and two major wars to wake up to the latest global threat, which the Iranian Resistance had been warning about since 1993.

Western intelligence agencies failed to uncover Tehran’s clandestine program because the West was so relentless in turning a blind eye to the regime’s hostile operations. The world only learned of a serious threat to regional security and world peace when the National Council of Resistance of Iran (NCRI), unveiled the Natanz and Arak sites in August 2002.

Following that, the NCRI has continued to expose many aspects of the regime’s purported “leverage” against the international community, including the IRGC Quds Force and its commander in chief, Qassem Soleimani, as well as the regime’s clandestine missile and nuclear facilities. Because of the NCRI’s disclosures, which came at a very severe cost for its own members within Iran, the International Atomic Energy Agency’s mistrust was reawakened, as were dozens of sanctions regimes imposed by Western countries.

The fact that the NCRI outperformed the Iranian Revolutionary Guards, the Ministry of Intelligence, and dozens of other Western and Middle Eastern intelligence agencies did not persuade international policymakers to change course. They have effectively converted the new “Island of Stability” into a significant destabilizing element in the Middle East and beyond by pinning their policy on optimism rather than looking at the facts on the ground.

The Iranian regime does not require nuclear weapons to compel its neighbors or the West to engage in continuous political manoeuvring and never-ending discussions over its actions. For the past four decades, it has been doing so. The Iranian regime cannot withstand the current socio-economic challenges with a nuclear weapon, but the world’s approach of weakness is merely keeping an ill dictatorship alive.

As the Iranian people and their Resistance take control of their country’s destiny, it would be wiser for the West to acknowledge this truth and adjust to the inevitable change.