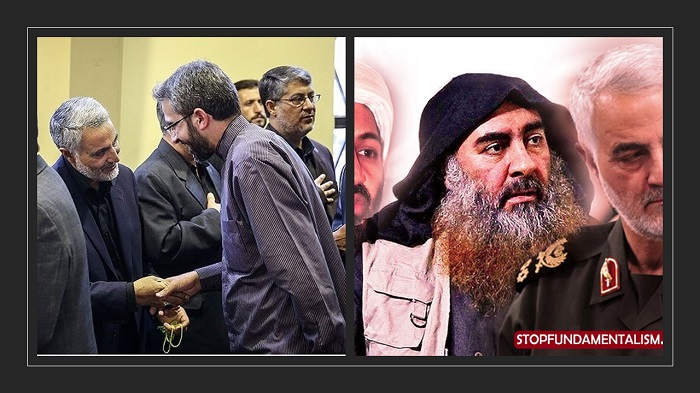 Tehran’s double speak diplomacy has relied on a “give and take” strategy for more than four decades. This “double speak diplomacy” has always been a consistent doctrine of the Iranian clerical regime’s interactions with the rest of the world. It is a mindset that sees terrorism as a negotiating tool.

The regime did not begin its first foreign policy encounter with a high-ranking delegation traveling abroad when it took power in 1979. It made headlines when it stormed the US embassy in Tehran and held 54 Americans captive for 444 days. Unfortunately, the story did not end there. It formalized the hostage-taking policy, established dozens of militant organizations, and terrorized four continents.

“Some Lebanese officials reject such an offer against the interests of their nation when Iran proposes to supply Lebanon with electrical power with excellent facilities, even without Iran asking for anything in return,” Hezbollah Executive Council Chairman Hashem Safi al-Din said on March 27, threatening, “These people are afraid of the United States, and therefore anyone who rejects Iran’s offer to supply Lebanon with electricity and food is directly responsible for the destruction of Lebanon.”

“Sources in the Lebanese government told Al-Jumhuriyah newspaper that Najib Mikati’s meeting with Hossein Amir-Abdollahian was very positive, during which the Iranian official reiterated his country’s readiness to help Lebanon in all areas, especially in the field of electricity,” the Iranian state-run website al-Alam wrote on March 25, “while prices of fuel and basic commodities in Iran are skyrocketing and record-high inflation is pushing more people

“Dozens of trucks carrying Iranian diesel arrived in Lebanon on Thursday, the first in a series of deliveries organized by the militant Hezbollah, a powerful group that operates independently from Lebanese authorities, which are struggling to deal with a crippling energy crisis,” ABC news reported on the same day, while Lebanese LBC quoted Reuters as saying “Iran is ready to supply wheat to Lebanon.”

The cargo was only the most recent in a long line of shipments that began years ago. Tehran’s efforts to profit from Lebanon’s economic crises, which are blamed on Hezbollah, have sparked outrage in Beirut. According to Washington, Iran pays Hezbollah $700 million per year to strengthen the regime’s grip on the country, which Ali Khamenei considers part of Iran’s “strategic depth.”

An article by @shahriarkia on why #Iran's regime continues to defy the international community with #terrorism and why the things that are at stake in #ViennaTalks will go far beyond conventional calculations. https://t.co/ecBzqMmpBz

Other countries where the clerical regime has sought influence include Syria, Afghanistan, Bahrain, Kuwait, Saudi Arabia, the Palestinian territories, Iraq, and elsewhere.

The Revolutionary Guards Corps of the Iranian regime fired 14 rockets from Iran to Erbil in Iraq’s Kurdish region on March 13, ostensibly to target Israeli bases. Iraqi officials have widely condemned the IRGC’s allegations, and most observers believe the regime was warning Iraqis against efforts to marginalize pro-Tehran political parties in shaping the country’s future. Officials from Turkey and Iraq linked the regime’s hostility to a gas pipeline project connecting Turkey and Europe.

Nonetheless, Tehran has made certain that its message is delivered through the channels it is most familiar with, and this is not limited to the Middle East. Concerns about the regime’s growing influence in Latin America have been voiced publicly by the US House of Representatives, Senate, and White House since almost a decade ago.

“In 2020, the Iranian regime began shipping fuel to Venezuela, its closest ally in Latin America,” according to the US Institute for Peace. Despite having the world’s largest oil reserves, years of mismanagement by the government and US sanctions on the country’s oil industry have left its refineries in a state of disrepair.”

However, the Iranian regime appears determined to defeat these efforts, and the West has done little to counter the regime’s global influence thus far, which has not gone unnoticed in Tehran.