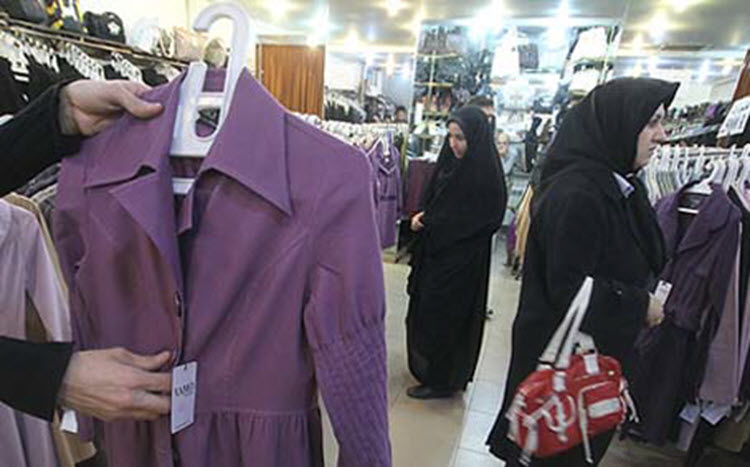 Shops selling clothes that are not deemed Islamic are being raided and shut down in Iran, states the Express. This is the latest in a brutal crackdown by morality police.

Factories and shops are being targeted and “comes after a leading cleric bizarrely accused the fashion of causing rivers to run dry”.

It has been reported that morality police have shut at least 15 women’s clothes shops in Hamedan and four factories and shops in Isfahan, central Iran in a new attempt to wipe out clothes the regime deems improper. They are carrying out random and surprise spot checks.

In Iran women are expected to cover their heads, wear trousers and a long sleeved coat or tunic that reaches mid-thigh or knee according to strictly enforced Islamic codes of behaviour and dress.

“Manufacturers have been ordered to change their designs by officials and the black market for smuggled foreign clothing has experienced problems with demand.”

A news agency linked to the regime’s Revolutionary Guards Force announced the crackdown. Ebrahim Khatabakhsh, the head of the clothes manufacturers’ union in Isfahan, said: “Clothes production and distribution lines in Isfahan that do not conform to the standards of the Islamic Republic of Iran are being dealt with. Some of these production units have been ordered to adapt their clothing with Iranian-Islamic culture and standards. There are less smuggled foreign clothes being seen in Isfahan these days.”

He added that inspections are currently being carried out in the morning and afternoons “until all the areas have been inspected”.

The National Council of Resistance of Iran (NCRI), the main opposition that has been campaigning for more human rights in Iran, has slammed the measures. Elaheh Azimfar, from the NCRI, said: “Closing down the clothing production and distribution units by the clerical regime under the pretext of ‘not conforming to the Islamic standards’ is ludicrous and yet another act of suppression against women in Iran. It is important to realise that such acts are totally irrelevant to Islam and Islamic standards. The truth is that faced with an extremely discontented society, the regime sees no choice but to resort to further acts of suppression.”

He said that despite the huge intensification of repressive measures, “there is growing opposition among the Iranian people, particularly women and youth”. He believes this is why the regime is trying to find new ways of repressing the Iranian people. He points out that “women have always been the foremost victims of this fundamentalist regime”.

The Express said that a senior cleric claimed women dressed in Western clothes were causing rivers to run dry and ordered the police to take action.

Women are often targeted. Their failure to veil themselves correctly causes them to be reprimanded in public. Also, last week a group of women were arrested for riding bicycles in the north-western city of Marivan, in Iran’s Kurdistan Province. Several others were forced to sign a written pledge stating that they will not cycle in public. According to eyewitnesses, the security forces told the women that there is a new government directive banning women from cycling in public.