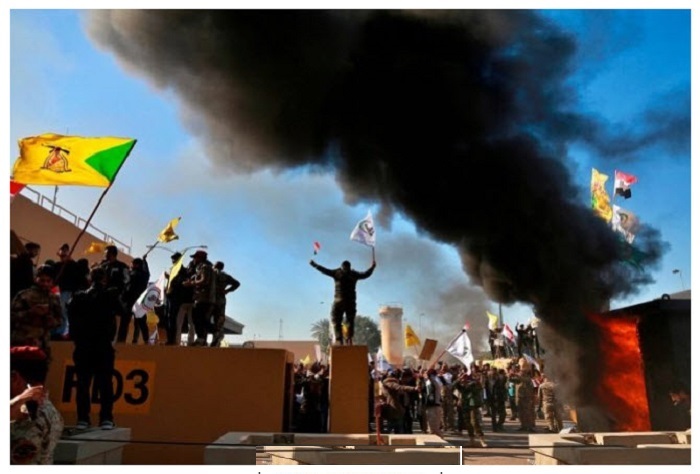 The regime’s supreme leader frequently uses social media to portray the regime’s dangerous nature, as seen in a tweet about two weeks ago stating that the regime, with the help of its proxy forces, “is able to crush the enemy.”

The regime’s support for terrorism is even worse than previously thought. Ms. Clare M. Lopez, a former career operations officer with the CIA and the Founder/President of Lopez Liberty LLC, revealed in a recent Epoch Times article that the Iranian regime has significant ties with various terrorist groups.

In an exclusive interview with Epoch Times, she stated that “Ayman al-Zawahiri was Al-key Qaeda’s contact with the Iranian regime long before the 9/11 attacks in 2001.” Documents seized in the Osama bin Laden raid in Abbottabad, Pakistan, in May 2011 allegedly revealed much about the AQ-Iran-Taliban jihad alliance.”

It is no secret that Al-Qaeda has frequently led its operations, mostly from Iran, but the strangest thing is the world’s silence, not only in this case but in many others.

In a recent interview with Fox News, Alireza Jafarzadeh, the deputy director of the US Office of the National Council of Resistance of Iran (NCRI), stated that the regime in Tehran will go to any length to try to kill dissidents, even at American soil.

“Since the start of the uprisings in Iran in 2017, Tehran has stepped up its terror plots abroad, particularly against our movement because of its increased appeal among protesters,” Jafarzadeh said.

Shortly before this comment, on August 10, the US Justice Department announced charges against a regime operative named Shahram Poursafi, a member of the IRGC, who attempted to assassinate John Bolton, following many of the regime’s threats to kill Mike Pompeo, the former US Secretary of State.

The international community’s wrong policies of appeasing the regime and turning a blind eye to the mullahs’ evil activities have created a culture of impunity for the regime, allowing it to continue to perpetrate terrorism beyond its borders.

As a result, the US government must deny regime President Ebrahim Raisi a visa to attend the United Nations General Assembly meeting next month. Allowing him to travel and turning a blind eye to the situation will only encourage the regime to plan more terror plots.

Western powers must now increase diplomatic, economic, and military pressure on the regime’s malign activities. The right message to the regime must be a firm policy, regardless of whether it will harm other people and nations, particularly Iran’s own people and legitimate resistance. This regime must feel the consequences of its terrorism, or it will continue to expand its violent extremism relentlessly.