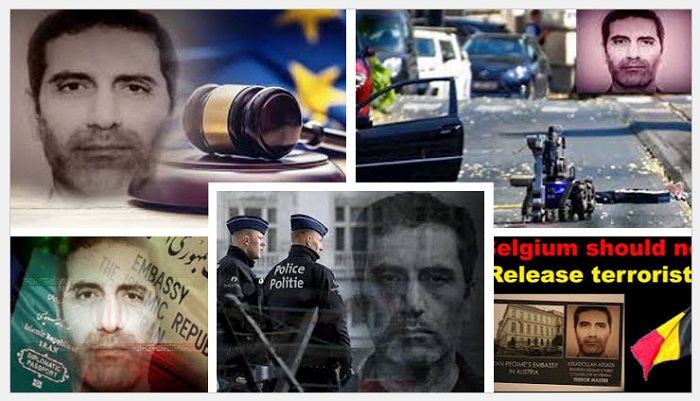 Last year, Assadollah Assadi, the Iranian diplomat at the helm of a failed plot to bomb the French convention center where the National Council of Resistance of Iran (NCRI) was holding its 2018 “Free Iran World Summit,” was sentenced to 20 years in prison by a Belgian court. Serious Iranian regime critics believed that Assadi’s conviction would prompt other Western countries to demand answers from Tehran.

Now, many Iranian activists are understandably concerned that these concessions will further Tehran’s already excessive sense of impunity in matters relating to terrorism and human rights.

Fars News Agency published an article on July 27 explicitly advocating for military strikes against an Iranian expatriate community in Albania. The article boasted of “Iran’s capability for offensive drones and ballistic missiles to hit the MEK’s headquarters in Albania,” and argued that there is “no legal prohibition” against a strike on the People’s Mojahedin of Iran (PMOI/MEK), a pro-democracy opposition group.

Numerous activists and ordinary citizens denounced Raisi as the “butcher of Tehran,” referring to both his leadership of the federal judiciary during a 2019 crackdown that killed 1,500 people and his prominent role in the 1988 massacre. Noury’s prosecution fuelled speculation that Raisi would face a similar fate in any country willing to invoke universal jurisdiction to arrest him after traveling there.

However, doubts began to emerge around the same time, as it became clear that Western powers had little real interest in pursuing such accountability for those officials ultimately responsible for the terrorist plot against the NCRI’s gathering in France. In fact, the UN and its host country, the United States, are about to invite Raisi to speak at the UN General Assembly in September.

The regime has openly threatened and attempted assassination of US officials and citizens. To put pressure on the US during the nuclear talks, Iranian officials and media boasted about producing nuclear bombs, and some even praised a terror attack in New York against British author Salman Rushdie.

The open threat against Ashraf 3 is just the most recent example, albeit arguably the most shocking from a Western standpoint. Its potential to have an immediate impact on Europe should compel the EU and its allies to act quickly to undermine the regime’s sense of impunity. However, Raisi’s history of both old and new human rights violations should have already prompted such action.

The international community needs to seriously consider how it can aid Iranians in their struggle to topple the mullahs’ oppressive regime. The only other option is to continue appeasing the current regime, risking military strikes and terrorist attacks on Western soil. Being a spectator is no longer an option.