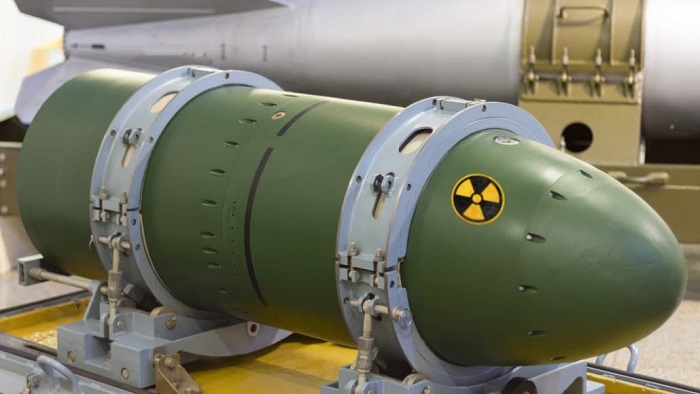 On June 8, the Board of Governors of the International Atomic Energy Agency overwhelmingly approved a resolution introduced by the United States, the United Kingdom, France, and Germany, chastising the Iranian regime for refusing to cooperate with the agency’s investigation into nuclear traces discovered at three undeclared sites.

Tehran even suggested that the unexplained traces of nuclear material at Turquzabad, Varamin, and Marivan could have been planted in an “act of sabotage” in response to a report from IAEA Director General Rafael Grossi the week before the Board of Governors’ meeting, and blamed other countries for their own wrongdoing.

The National Council of Resistance of Iran (NCRI) has always emphasized the dangers of moving forward with an agreement without a full accounting of military dimensions, having revealed the existence of the Natanz and Arak nuclear sites in 2002, as well as various other sites and programs described in more than 100 revelations to the international community.

Despite the fact that the IAEA’s position had become widely regarded as a potentially insurmountable roadblock to the JCPOA’s revival, each of the agreement’s participants remained unwilling to call off the talks. The situation did not improve immediately after the IAEA Board of Governors issued its censure resolution.

But, before the censure was formally adopted, Tehran teased that reaction by turning off two monitoring devices that the IAEA relied on to monitor the enrichment of uranium gas at the Natanz nuclear facility. This was accompanied by a statement from the Iranian Atomic Energy Organization’s spokesperson, who urged Western countries to “come to their senses” and drop the proposed sanction.

When this did not happen, the AEOI began planning to remove 27 surveillance cameras from a number of nuclear power plants. Many commentators reacted to Tehran’s actions by predicting that they would deal the process a final or fatal blow.

These changes come as Iran prepares to install two new cascades of advanced enrichment centrifuges in Natanz, which could significantly accelerate the rate at which uranium is enriched to Iran’s current high level of 60% purity, and potentially higher, to 90%, or weapons-grade.

Experts estimate that even under current circumstances, the mullahs could enrich a portion of their current stockpile of 60% uranium to the level required for a nuclear weapon in a matter of weeks. Furthermore, the IAEA has stated that the stockpile’s known size, 43.1 kg, is enough for one such weapon.

This conclusion is supported by statements made last year by Mohammad Eslami, the AEOI’s head, in an attempt to portray his regime as having the upper hand in disputes over the nuclear agreement’s future. Eslami cited the most recent IAEA estimate of Iran’s stockpile of 20% enriched uranium at the time and claimed that the actual stockpiles were at least 50% larger.

The state-run website Farhikhtegan, affiliated with the Supreme Leader’s senior advisor and former FM Ali-Akbar Velayati wrote an article on June 16: “Before reaching a final agreement in Vienna, Iran must insist on closing the allegations against its peaceful program which has been put under the PMD label. It will largely neutralize any future accusations in this way.”

Tehran’s belligerent behavior at the negotiating table and elsewhere is yet another sign of malice. If the international community wants to avoid a new nuclear crisis, it must look beyond Tehran’s embellished rhetoric and consider both its internal communications and its actions.