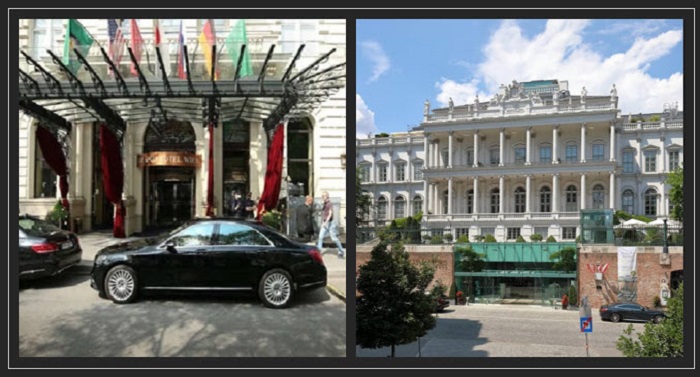 Despite the US and three European countries’ concessions to Tehran, the mullahs’ empty promises, and the media’s wide-eyed optimism, there appears to be no real prospect of an agreement in the near future, or perhaps forever, as long as the US and three European countries are seeking an agreement by making concessions to the regime. It’s time to accept that the regime’s nuclear weapons program will never be abandoned.

First, after years of dealing with the regime’s nuclear dossier, the West has come to realize that Tehran’s extensive nuclear program is clearly aimed at producing nuclear weapons. The program has been carried out in secret since its inception, and the regime has cheated to keep it hidden from the International Atomic Energy Agency for years (IAEA).

To ensure its survival and to export terrorism and fundamentalism beyond its borders, the illegitimate regime requires a nuclear weapon. That is why it will never choose to leave this path on its own.

Second, the regime’s ability to develop nuclear weapons has been hampered by the organized opposition’s patriotic and peace-seeking stance. The National Council of

Resistance of Iran (NCRI), relying on information provided by the People’s Mojahedin of Iran (PMOI/MEK) domestic network, exposed the regime’s nuclear weapons program to the world for the first time in August 2002. Inspections by the IAEA and international sanctions were triggered as a result of the announcement. The regime’s nuclear weapons program was dealt a major blow by a slew of other accurate revelations that followed.

Third, several rounds of major nationwide social upheavals have made long-term accommodation and investment in the regime nearly impossible. Domestically, the regime is clearly failing. Because of the volatile social situation, Western governments should refrain from making concessions to an illegitimate, violent, weak, and disgraced theocracy that is despised by the vast majority of the population.

The regime’s demand for the lifting of all sanctions is irrational and serves only to stall the talks. The regime’s nuclear weapons program is not the only target of international sanctions. They cannot be undone by the president of the United States alone. The removal of the IRGC from the US list of Foreign Terrorist Organizations (FTO) is being met with strong opposition. Removing the IRGC from the FTO blacklist would, without a doubt, send a dangerous political message of weakness to dictators and terrorists around the world.

Despite all of the positive rhetoric, talks on a nuclear deal with Iran have come to a halt. The ramifications of this impasse go beyond the nuclear deal. More money is desperately needed by the regime to expand the IRGC’s activities, enable its terrorist proxies, and strengthen the domestic repressive apparatus. Iran’s dire living conditions, as reported by state-run media, have reached a tipping point. The media is now predicting “overthrow,” which is a new development in the regime’s political rhetoric.

“Problems and economic crises in our society with the goal of attacking and even overthrowing the regime are growing,” says Ebrahim Razzaqi, an economist and university professor.

The Iranian regime is, without a doubt, on borrowed time. The nuclear standoff is just one example. Tehran believes it can continue to spoon-feed the IRGC and its regional proxies as long as its cheating goes unpunished, keeping the Iranian people oppressed and its neighbors in fear. In these circumstances, the West must remain steadfast and unflinching.