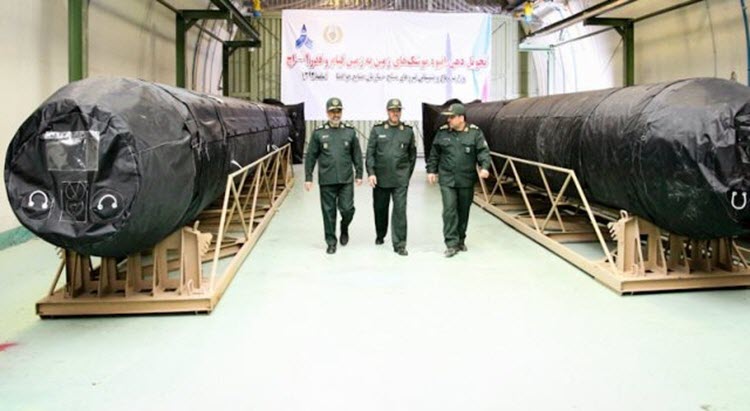 During the early days of the new US administration, it was made clear that Iran wanted to test the new president. It test-fired a ballistic missile that could carry a nuclear warhead. The Trump administration responded very clearly – it was not going to put up with such actions. The Treasury announced sanctions last week that showed its resolve to confront Iran’s ballistic missile program.The Foreign Minister of Iran, Mohammad Javad Zarif, did not say whether Iran was responsible or not for the test-firing, but he later posted on Twitter that his country will “never initiate war, but we can only rely on our own means of defense”.

In order to move ahead with Iran policy and to make a decision about the best course of action, it is important to understand the true nature of the Iranian regime and to learn about its intentions.

Tehran is heavily involved with terrorist groups from all over the world thanks to the Islamic Revolutionary Guard Corps (IRGC).

However, to go back to the beginning, during the forties, Ayatollah Ruhollah Khomeini wrote about it being “obligatory for all men…, to prepare themselves for conquering other nations and to disseminate Islamic law in all the countries across the world”. Even back then he supported changing the status quo of the world and wanted his version of Islamic fundamentalism to take over with no disregard for other nations and their rulings. He claimed that his plans would “benefit everybody” and would bring “eternal bliss”.

Almost two decades prior to this, another clergyman – Abul A’la Maududi, had similar ideas. He said that “Islam wishes to destroy all states and governments anywhere on the face of the earth which are opposed to the ideology and programme of Islam…”. He also claimed that this ideology should be followed by everyone on the planet. He clearly influenced Khomeini.

Of course this ideology has not come to fruition, but for the past almost four decades, Tehran has stuck to the Khomeinist doctrine. It has spread terrorism across the world and has expanded influence across the Middle East. It has a huge military presence in Lebanon, Iraq, Syria and Yemen and its ballistic missile arsenal is the largest in the region. It also backs numerous militia which use brute force to deter any opposition to its expanding influence.

So, does Iran have such a diversified and large ballistic missile arsenal just for defence reasons as claimed by its Foreign Minister?