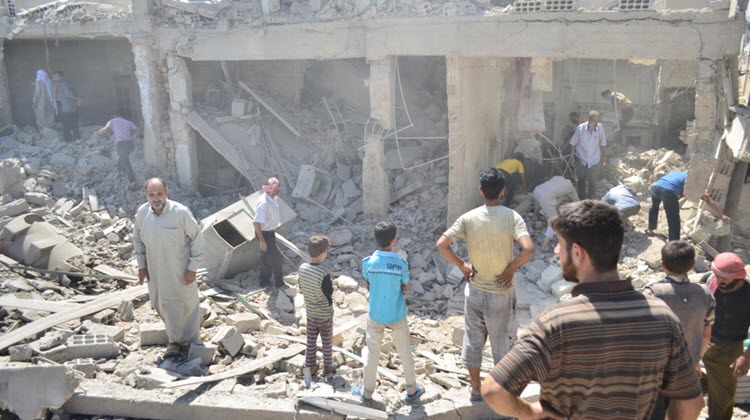 Following a trilateral summit between Russia, Turkey and the Iranian regime, the participating parties issued a statement called ‘The Moscow Declaration’. The Syrian opposition criticized the summit for being held without them being invited, rejecting the decisions made for the Syrian people without their representatives being present.

The Moscow Declaration has laid out a roadmap for resolving the Syrian crisis. Russia and the Iranian regime have announced their readiness for holding political talks with Turkey with the aim to reach an agreement for resolving the Syrian crisis. Nonetheless, the issues still remain between the three countries. The Moscow Declaration has ignored any role or participation by the UN or Friends of Syria Group, excluding them from decision-making, which is regarded as quite unclear by the Syrian opposition.

“If it wasn’t for Turkey, the enemies would keep talking, making decisions on behalf of the Syrian people”, said Riyadh Nassan, spokesman to the Syrian opposition’s High Negotiations Committee.

With mysteries being unfolded during the evacuation of Eastern Aleppo, so do the political uncertainties. The evacuation and forced displacement operation, however, is reaching its final stages despite the ambiguities and tensions.

Meanwhile, the game of manipulating stats and figures is back on the front line of the Aleppo’s humanitarian crisis. According to Syrian Observatory For Human Rights, the goal is to disturb the reality and trade on pain and suffering of the besieged residents, since different sides have announced different figures regarding the evacuation of the residents.

Also several buses, mostly with Eastern Aleppo fighters on board, have not yet been able to leave the city.

On the other hand, Lebanese Hezbollah militias have prevented a reconciliation committee from entering Mazaya in the suburb of Damascus to evacuate the besieged families in the area. Thus, the evacuation of nearly 15,000 people from Mazaya has been stopped due to lack of necessary mechanisms and warranties.