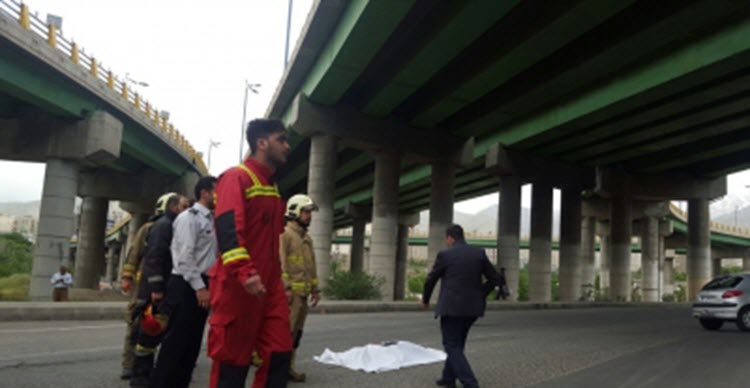 Public suicides in Iran could be the ultimate protest against a bitter dictatorship and rising societal problems.

The National Council of Resistance of Iran (NCRI), has documented three such public suicides, in an article about the staggering suicide rate.

It reads: “A man cut his wrist in front of a public office and died, a young woman sets herself on fire in Keshavarz Boulevard and another one throws herself from the top of a pedestrian bridge. These incidents are just some instances of suicide in public places which have taken place in recent weeks in Iran.”

According to Tavakkoli, the secretary of Iran’s Psychiatrists Association, experts believe these public suicides are the ultimate form of protest against a failing society but he stressed that the most important issue is how suicide is treated by the society. If the suicide, or suicide attempt, is rejected as a lone case or negatively judged, then society will not deal with the problems which increase the suicide rate.

Specifically, the constantly dim economic climate, discrimination of large proportion of the people and the tyrannical rule of the mullahs can make Iranian people feel desperate and helpless, thereby increasing the suicide rate.

He said: “Such [a] rejecting attitude not only is not going to help prevent and control suicide, but it makes people who have reached to this point feel embarrassed and be unable to talk about their thoughts with those around him or with experts so as to receive their help. In addition to that, suicide, at a social level, turns into a phenomenon that its existence and dimensions are being ignored or improperly recorded and as a result, it makes its way under the skin of city as an unknown phenomenon so that we will practically be deprived of the possibility of knowing it, planning for it or intervening in it.”

Despite the recent spate of public suicides, most suicides are shrouded in secrecy.

The WHO estimates that 11 people attempt suicide in Iran, every day; 30% of these attempts result in death. In some parts of the country, the rate even rises above the world average. The most common method, according to the WHO, is poisoning.