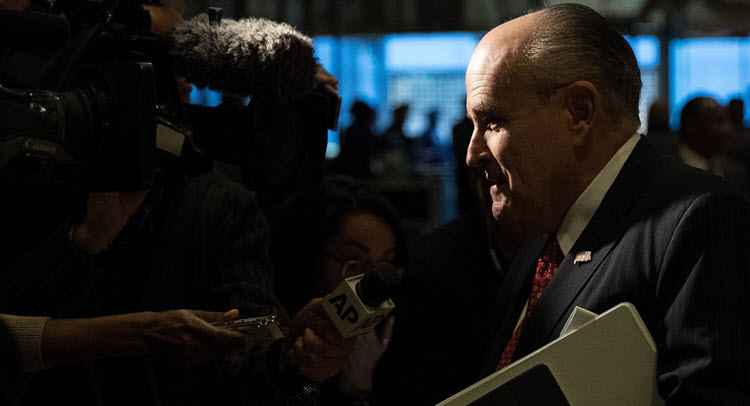 Former United States Senator Bob Torricelli has defended the right of top former senior U.S. officials in defending the main Iranian opposition group, the People’s Mojahedin Organization of Iran (PMOI or MEK). He wrote an op-ed on Monday in Politico Magazine responding to an earlier one last week by Daniel Benjamin, a former official at the State Department.

Last week, Politico published an article critiquing the Mujahidin e-Khalq, or MEK, an Iranian resistance group, and the U.S. politicians who support it, especially former New York Mayor Rudy Giuliani. As a former Democratic member of the Senate Foreign Relations Committee, and someone familiar with the MEK and Giuliani’s work on the organization’s behalf, I can say unequivocally that Benjamin’s assertions are outrageous—so outrageous that I must respond.

First, I want to be clear about one thing: This isn’t about Rudy Giuliani. Arguably the broadest and most impressive bipartisan coalition in a generation has supported the MEK in its campaign for regime change in Iran. This includes two former chairmen of the joint chiefs, two former CIA directors, a former attorney general and the former chairs of both political parties. The ideological range includes everyone from Howard Dean and Patrick Kennedy to Newt Gingrich and John Bolton. From this perspective, the outlier isn’t Rudy Giuliani; it’s Daniel Benjamin.

Let’s review a little history: The MEK was part of the coalition opposing the shah of Iran in the late 1970s, where it resisted the regime through political and military action. Its leadership was devastated by the shah’s secret police both by execution and imprisonment. The vacuum of leadership was briefly filled by a Marxist group that was rejected by the incarcerated MEK leaders. Many of these Marxist leaders were killed by the shah or by the mullahs after their ascent to power in 1979, and the MEK eventually regained its original leadership. As soon as it became clear that the mullah’s ambition for Iran was a theocracy, the MEK became an opposition group and fled into exile in Paris and Iraq.

Throughout this time, the MEK did take part in legitimate political and military action against the Iranian regime, but I have seen no evidence to support the assertion Benjamin makes that it took part in terrorist activities against Iranians or Americans.

The refugee camps of the MEK in Iraq in the 1980s were, by necessity, under the protection of the government of Iraq. MEK fighters were aligned with Iraqi Army during Iran/Iraq War. But Benjamin’s claims that they assisted in Saddam Hussein’s repression of the Kurds have been denied by both MEK and U.S. Army leaders in Iraq. Upon the arrival of U.S. forces in 2003, the MEK willingly handed over its weapons, accepted U.S. protection and actively exposed the Iranian regime and its proxies’ terrorist activities. This included saving American lives by identifying IED locations. This, more than anything, explains the group’s support by former U.S. military personnel, including the former army anti-terror officer and the U.S. military police general assigned to the camp.

This is where the American foreign policy establishment begins to divide. The MEK provided critical intel on the Iranian nuclear program that was invaluable in countering Tehran’s efforts to develop atomic weapons. The leader of the movement, Maryam Rajavi, committed herself publicly to a democratic, non-nuclear, secular Iran at peace with its neighbors with gender equality and a ban on capital punishment. By organizing thousands in the Iranian diaspora and building political support in Congress and parliaments across Europe, it became the most organized and disciplined of the Iranian opposition groups.

Some current and former State Department employees, including Mr. Benjamin, have a different concept. They remain committed to the idea that the MEK was a terrorist organization—a notion, I believe, which stems from an illusion of American reconciliation with the mullahs. In 1997, a group at State succeeded in convincing President Bill Clinton to place the MEK on the State Department list of terrorist organizations. Some claimed at the time that this decision was mainly intended as a goodwill gesture to Iran. The State Department gave as its reasons the MEK’s long record of violence, but I can tell you that as a member of the Foreign Relation Committee, I reviewed the State Department file on the MEK and found no evidence, no testimony and no reason for the designation except placating Tehran.

Thousands of Iranian-Americans and literally hundreds of members of Congress protested. In 2011, as a private attorney, I led a team of lawyers in a State Department inquiry to resolve the issue. After four hours of testimony, we yielded to the State Department to present their contradictory evidence. They had nothing.

With no evidence and the threat of an order by the U.S. District Court, Secretary Hillary Clinton removed the MEK from the State Department list of terrorist organizations in 2012.

Defeat came hard for the Iran apologists within the department. Mr. Benjamin isn’t the first to argue that the broad coalition of former U.S. intelligence, military, diplomatic and congressional leaders can’t be believed because some accepted speaking fees to attend MEK meetings around the world. The fact that these people faced combat for or dedicated their entire careers to our country, and are among our most respected leaders seems to be of no consequence. It’s an argument that requires no rebuttal except to note that by this standard the views of Thomas Paine, Elie Wiesel and Winston Churchill—all of whom accepted speaking fees from various international organizations—would have been silenced as well.

Not the least of those who spoke out was Rudy Giuliani. In 2012, the 3,000 MEK refugees settled along the Iran/Iraq border were under imminent threat. The tension was complicating Iraqi relations with the United States. Secretary Clinton requested that I assemble a persuasive group of distinguished Americans to travel to Europe and persuade Mrs. Rajavi to relocate the refugees to a former U.S. military base near Baghdad. I appealed to Louis Freeh, Ed Rendell, Michael Mukasey and Rudy Giuliani. Each accepted, canceled commitments, paid his own transportation to Paris and argued persuasively that the MEK assist the United States by relocating.

Like any broad coalition in a large diverse country like ours, the perspectives of the Americans in this coalition vary. Some believe that in the political vacuum following an economic or political collapse in Tehran, a determined and well-funded political opposition like the MEK could seize power. Others believe that the MEK might simply be part of a broader coalition, a simple pressure point or just a source of continuing intelligence. The rationale for support might differ, but this diverse group of Americans is united in two ways: All believe that the MEK is a genuine democratic force and that regime change in Tehran is the best option to keep the peace, avoid a nuclear Iran and advance American interests.

This leaves us with the central theme of Mr. Benjamin’s argument: Rudy Giuliani’s participation in this coalition disqualifies him for consideration as secretary of state.

Experience and participation in public policy issues was once a condition for high government service. It’s now a complication, because a record of advocacy creates controversy. But the selection of secretary of state needs to be different. Among the most likely crises facing the new president is an escalation in the struggle with the fundamentalist Islamic Republic of Iran. Rudy Giuliani has lived that struggle for a decade. Mr. Benjamin may quarrel with his efforts but it’s important to note that voices in the American foreign policy establishment as diverse as Senator McCain, Secretary Clinton, Deputy Secretary Blinken and John Kerry’s own personal representative on the MEK, Jonathan Weiner disagree. Each has thanked Rudy Giuliani and the other Americans involved in these efforts.

The president-elect may or may not choose Mr. Giuliani as secretary of state. What shouldn’t happen is for countering Tehran and assisting our country to be seen as anything other than a valuable contribution to his consideration.

Robert G. Torricelli is a former United States senator from New Jersey. He is currently the lawyer of record for the MEK.