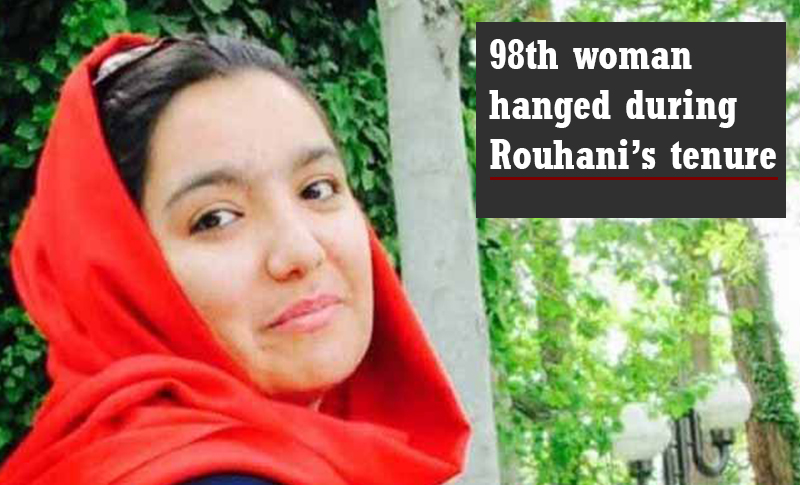 Earlier this week, 33-year-old Iranian woman Somayeh Shahbazi Jahruyi was hanged after being convicted of murder. Her only hope of avoiding execution was to be granted a reprieve by the victim’s family – a request that was denied.

Shahbazi’s family have said that she killed the person who was attempting to rape her. She had been in jail for 6 years. Shahbazi was traumatized after the incident and was put through even more trauma in jail.

Women in Iran have no rights and she is just one of many women that have been imprisoned and charged with murder, with the argument of self-defense not being taken into account.

#Iran under the misogynist mullah regime: Somayyeh Shahbazi Jahrouii hanged for defending herself against #rape https://t.co/LexpCRqp9f

*Many of the women convicted of murder in Iran are themselves victims of violence & have killed in self-defense.

This case is very similar to the case of Reyhaneh Jabbari, another Iranian woman that was sentenced to death after acting in self-defense. Jabbari, a 26-year-old interior designer, was accused of killing Morteza Abdolali Sarbandi. Sarbandi has hired Jabbari to redesign his office.

According to a report by a United Nations Human Rights Rapporteur, Sarbandi got Jabbari to go to his office where she was subsequently sexually abused. She stabbed him with a pocket knife and he bled to death.

The trial was mishandled and it was alleged that police has tortured her and coerced her into giving false details. Human rights organizations around the world called for a new trial but it never happened.

Once she was handed the death sentence, the UN, Amnesty International and the European lobbied for it to be overturned, but she was eventually executed in October 2014.

Sadly cases like this will continue to happen for as long as the regime is in power. The women of Iran are repressed by the regime, denied equal rights and dismissed as inferior. However, this has not stopped the women of Iran from doing all they can to make their voices heard.

During the past couple of weeks, women in Iran have played a pivotal role in the uprising that has swept across the country and touched the regime in a profound way. Many women are taking part in the protests. In fact, one could say that they have played the most significant role.

However, with this comes the fact that many of those killed or injured are female. It has been reported by the Iranian opposition that there have been at least 24 confirmed deaths of female protesters.

Mrs. Maryam Rajavi the President-elect of the National Council of Resistance of Iran (NCRI) has been calling on the United Nations Security Council and the European Union to take urgent action. She has asked them to firstly condemn the brutal reaction of the Iranian regime towards protesters. Then, she said, it is essential for steps to be taken to release the thousands of protesters that have been arrested and detained.

Mrs. Rajavi is also calling for the regime’s massacre of the people to be declared a crime against humanity. It is the responsibility of the international community to make sure the regime is held accountable for its actions.