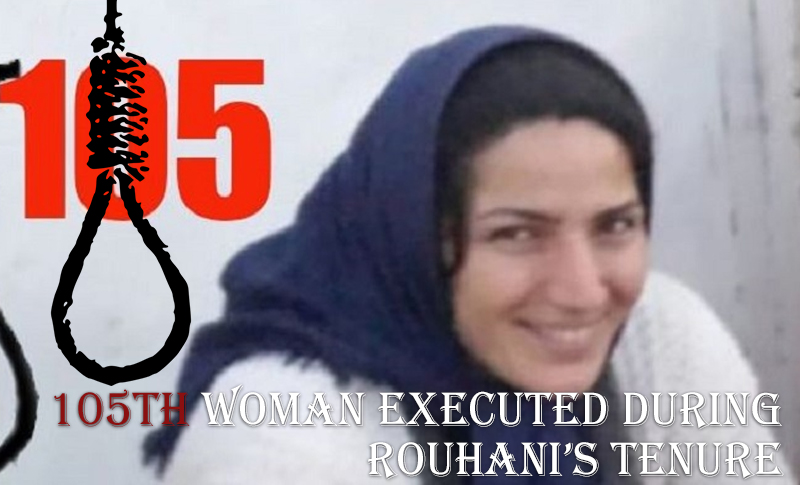 The woman that was executed last week has been identified as 29 year old Maliheh Haji Hassani. Her execution took place in the central prison of Shiraz. However, nothing has been announced officially by the government.

Maliheh Haji Hassani was arrested in 2016 and remained incarcerated until her execution. She was arrested on the charge of murdering her fiancé.

Earlier in the month, a woman identified only as Sara M was executed in the main prison in Mashhad. She had spent three years awaiting her execution.

During the course of 2019, it is thought that there were 16 females executed in the country. In December 2019, six of these took place – highlighting an increase in pace.

When Rouhani took office in 2013, he was dubbed the “moderate” president. However, he has shown no hint of moderation and has presided over the execution of thousands of people. Although it is impossible to say with absolute certainty because of the regime’s secrecy and lack of transparency, it is estimated that at least 105 people have been executed during his time in office.

The situation for woman in Iran is very worrying. The regime treats women as second class citizens and they are denied even more freedom than their male counterparts.

The execution of women is alarming when the circumstances are considered in detail. For example, some of the women that have been executed have been charged with murder. However, the courts have not taken into account that several women have killed in self-defence. Protecting oneself against an attacker is not something that judiciary officials care to listen to.

Activists, both inside Iran and outside the country, have been calling on the Iranian regime to put an end to executions. Iran is the biggest executioner per capita in the world and its practices are quite frankly concerning. Iranians who were minors at the time of their alleged crime have been executed, despite international norms and conventions that prohibit this.

Furthermore, the quality of trials are unsatisfactory. Many people are denied the lawyer of their choosing and reports indicate that often prisoners cannot even attend their own trial. Or trials are astonishingly short.

The people of Iran are faced with injustices like these every day and they are making it clear that they want their situation to change. They want freedom, democracy, the respect of human rights and equality. They want to be free to live how they wish – not according to the regime’s outdated, medieval and unfair customs.

The recent unrest across the country highlights the regime’s weaknesses and the strength of the people. Despite the high level of suppression they face, the people are still taking to the streets to make it known that they reject the regime and its belligerent policies.