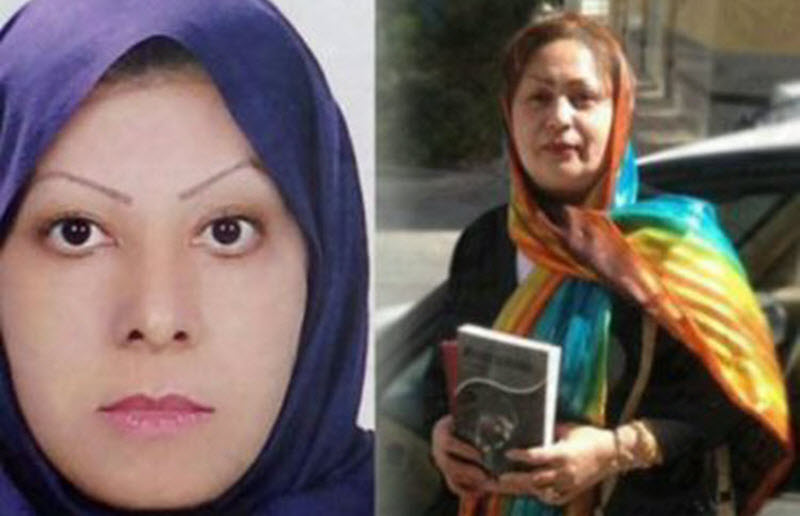 Two female Azerbaijani Turkic activists have allegedly been attacked by Ministry of Intelligence agents in an effort to extract false confessions. One is now in the hospital with broken teeth and injured fingers.

Nasim Sadeghi and Hakimeh Ahmadi were arrested in late October by Ministry of Intelligence agents, and were given no reason for their arrests, said sources close to the women. It has also been reported that the pair were severely beaten.

Ahmadi’s husband Gholamreza Ghorbani said that Hakimeh is hospitalized at the Tabriz Army Hospital. Intelligence Ministry agents have demanded that he pay for her hospital treatment fees.

Hakimeh Ahmadi was severely injured, her fingers and two of her ribs were broken, and is now at the Tabriz Army Hospital. Ghorbani explained in a video posted on social media on October 30th. He added that the authorities refused to tell him which hospital his wife was in, forbade him from visiting her, and told him that he was liable for the cost of her medical treatment.

The charges against Ahmadi, are still unknown. The mother of two young children was previously detained in September and released after on a 100-million-touman bail.

Nasim Sadeghi, another civil activist, was sent to Tabriz Central Prison on October 29th. In a phone call, she told her family that she’d been forced to confess after the authorities beat her and threatened to arrest her children and her sister’s children. The general prosecutor’s office reports she is charged with “propaganda against the government through anti-government news activity in cyberspace.”

Arrested on her walk home on October 21st, Sadeghi was released on October 31st, on a bail of 150 million tomans. She was previously arrested in July, along with dozens of other people, for joining a public protest against controversial comments published in the newspaper Tarh-e No.

20-year-old Lamya Hemadi is being detained in an unknown location. She is seven months pregnant. Previously, Hemadi had been summoned by the intelligence department for her cyberspace activities. She arrested by security forces in October 2018.

Ever since September 22nd, 2018, when the parade of military forces were attacked by armed men, the Iranian regime has been cracking down on the populace in and around Ahvaz, making dozens of arbitrary arrests. In Khuzestan province, some 600 people from have been detained by security forces and are undergoing interrogation. According to Arab human rights activists, many of the detainees are civil activists.