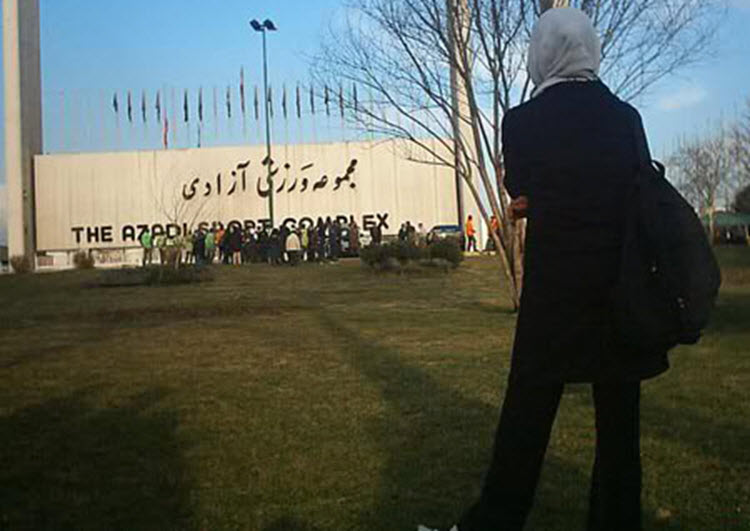 It appears that in July 2016 the organizers of the FIVB World League volleyball matches in Tehran continued to “obstruct the ability of women to freely purchase tickets and attend, in apparent violation of what the FIVB calls its ‘fundamental principle’ of non-discrimination”.

Minky Worden, director of global initiatives, said that the Iranian volleyball authorities went against their word by refusing tickets to women, and they have suffered no consequence to their actions. Awarding the country with another World League tournament will only embolden them.

“Human Rights Watch has repeatedly communicated its concerns to the FIVB in writing and in-person at meetings in Lausanne, where the FIVB has its headquarters. In a May 2016 letter to Graça, Human Rights Watch asked for a formal investigation into the exclusion of female spectators from a February 2016 tournament on Kish Island. Such an investigation should now also examine the restrictions imposed on women spectators during the July 2016 World League.”

Worden said: “Despite its pledge to end discrimination in the stadiums, the Iranian volleyball federation appears to have constructed a system that denies most women any opportunity to attend matches. The FIVB should make clear that Iran will not be able to host international volleyball competitions until the Iranian federation makes good on its promises.”

Since 2012 women have been refused tickets to volleyball matches. Law student Ghoncheh Ghavami and a few other females were arrested in June 2014 for attempting to attend a match. Although they were quickly released, Ghavami was arrested again and charged with “propaganda against the state” and was held in Evin Prison for nearly five months.

In February this year, the FIVB stated that the Kish Island Open, Iran’s first beach volleyball tournament, would “be open to fans from all age groups and genders”. But women were refused entry.

At the Olympic Games this year, some female Iranians travelled to Brazil where they held banners showing their disproval to Iran’s ban on women attending volleyball matches in Iran.

“The FIVB should insist that the Iranian volleyball federation ensure that women can freely attend volleyball matches in the country, Human Rights Watch said. The FIVB should also develop and publish a plan to address the discrimination, and tell the authorities that Iran will not be welcome to host future international tournaments until women spectators are freely able to attend.”

“The FIVB may want to build the sport of volleyball in Iran, but embracing gender discrimination and ugly double standards is no way to go about it,” Worden said.