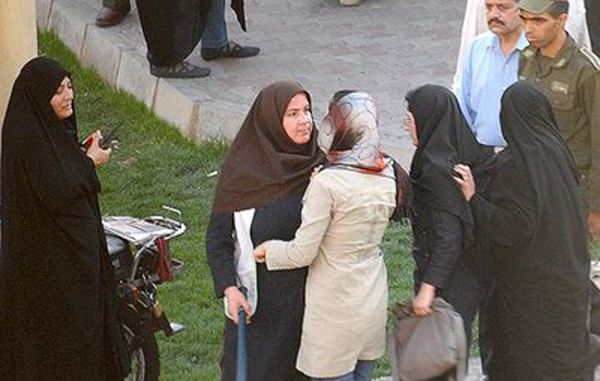 Stop Fundamentalism – A new law calling for separation of men and women employees in governmental offices will be enforced soon in Iran’s city of Bushehr, reported a Persian language news publication Asr-Iran yesterday.

The law is enforced because, “no one acts on his/her duty,” said Bushehr governor Mohammad Hussein Jahanbakhsh to news reporters.

Many Iranian women resent the fact that they are forced to wear Hijab (Islamic headscarf) or Chador (A large cloth covering the women’s body from head to toe) when they leave home.

“There is a lot of mal-veiling going on in the country,” complained Jahanbakhsh, “therefore we must use force to solve our Hijab problems.”

There is a special police force in Iran with the job to stop women in streets for mal-veiling and penalizes them.  Iranian women constantly complain about being harassed and threatened by the force.