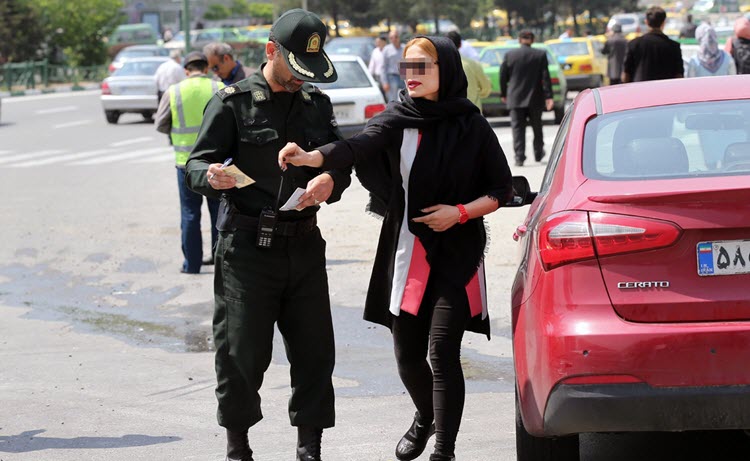 Earlier this week, an Iranian regime prosecutor said that serious punishments would be handed out to women who are not properly veiled.

The prosecutor of the Mazandaran province in the northern part of the country, Assadollah Ja’fari, said that women are forbidden from unveiling in their car and if they are found to do so their vehicle will be seized and a judicial case would be opened.

He reminded the public that it is absolutely imperative that the hijab is worn correctly, citing Article 638 of the Islamic Penal Code. Ja’fari said that despite the hot season, an increase in travel, swimming, etc., being correctly veiled is the law.

Regarding the use wearing of the hijab in vehicles, Ja’fari said: “Personal or public vehicles, motorcycles, motor boats, jet skis and other motor vehicles whose passengers try to discover the veiling will also be seized and transferred to a parking lot and storage area. The accused (i.e. driver of the vehicle) will be dealt with according to the law.”

Ja’fari warned that prosecutors and jurisdiction heads will monitor each case personally, showing that the issue is to be taken very seriously.

Several weeks ago, the regime’s traffic authorities issued a warning about people being badly veiled in cars and claimed they would be treated as criminals. The chief of the traffic police said at the same time that those who were “fast breakers” during Ramadan were being stopped by traffic police.

Ja’fari has a history of being tough on the people of Iran. Four years ago, he and several other Iranian officials were added to the European Union’s “serious violators of human rights” list and were sanctioned. Foreign ministers in the EU stated that these individuals have carried out some very “serious violations” of human rights in Iran and made a call to ban their entry into the EU.

Almost two years ago, the prosecutor of the nation’s capital said that there is an absolute necessity of being properly veiled and said that officials were determined to enforce this law. Abbas Ja’fari Dowlatabadi said that “cultural action” was the best way to enforce veiling regulations, he proclaimed that “penal instruments” would be employed to combat ethical violations.

The Iranian regime, for many years, has tried to make all women and girls wear the veil, and has increasingly cracked down via a number of measures enforced by ethics police and security agents. Despite this, many women refuse to be veiled in the way required by the Iranian regime and risk severe punishments, arrests and torture for exercising their right to be covered as they wish.