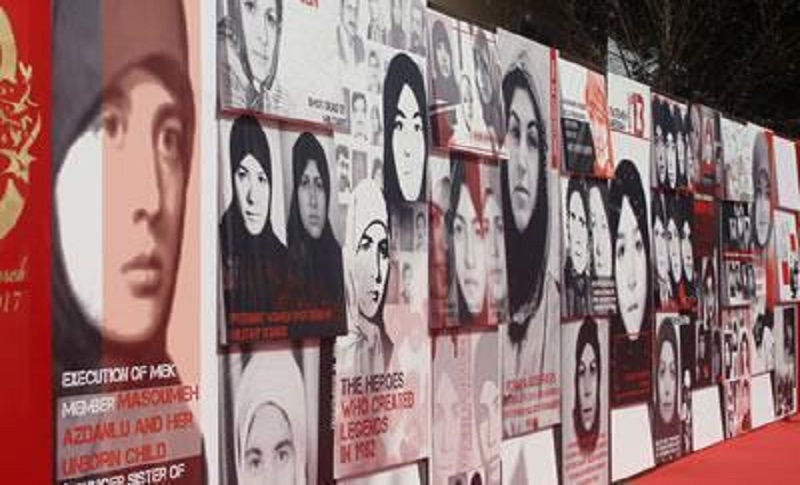 Margaret Mead’s after a lifetime of observing very diverse cultures around the world came to this conclusion, “Never doubt that a small group of thoughtful, committed citizens can change the world. Indeed, it’s the only thing that ever has.”

This is the story of the Iranian women’s rights activist, is a list of accomplishments against all odds, of effective strategies and disgraceful tactics used to outwit opponents and make the most of limited resources. It’s a dramatic tale, filled with great women facing down incredible obstacles to achieve the most basic civil right in Iran.

There is no consensus as to exactly when the contemporary women’s movement in Iran first emerged, but it is generally understood that demands for gender equality stretch back at least to the Constitutional Revolution of 1910.

During the Iranian Constitutional Revolution, 20 women who had defied the dominant restrictive traditions and participated in the battle, died in the battlefield. For example, Zeinab Pasha, a progressive woman, encouraged the people of Tabriz to revolt against the despots. She said, “If you men do not have the guts to bring the despots to justice, we will fight the oppressors in your stead.”

In the 1891 during the Tobacco Movement, women’s resistance forced the shah to withdraw the concessions he had granted to the British. In the starvation era, women attacked wheat warehouses and distributed the wheat among the hungry.

During the anti-monarchic revolution, women’s participation in the democratic struggles reached new heights. In February 1979, the Iranian people witnessed bravery of women in taking over the Shah’s military bases and centers of repression.

But Since the revolution in 1979, the misogynist mullah’s regime has tried to marginalize women via imposing misogynist laws. After the revolution, the question was whether the revolution was indeed for freedom or rather to rob women of their right. Shortly after the 1979 revolution Iran’s regime violently cracked down women’s peaceful protests to the compulsory wearing of the hajib and other facets of the so-called Islamic law, such as polygamy and stoning that were widely viewed as intolerably oppressive to women.

2.5 years after the revolution, the Iranian regime slaughtered or wounded women in bright day light for supporting the opposition People’s Mojahedin Organization of Iran (PMOI, Mujahedin-e Khalq of MEK).

Therefore, women saw the regime’s misogynous nature and started engaging in social and political activities to protect their rights. The movement rapidly spread among the masses of people, but the religious fascism ruling answered with an intensified repression, targeting women.

However, over time a generation of women came together to affect the biggest changes in the women’s history in Iran.

They worked to create a better world, and they succeeded.

Young women of the MEK, are confronting many hardships and other thorny issues. They are symbols of women who enjoy personal freedoms and expanded opportunities. The MEK female members represent those women who have won over all the struggles throughout the last 150 years.

Female MEK members have successful in gaining women human status over the past 39 years. At the Iranian Women’s History struggle, there is a belief among them that knowing the history gives the strength and inspiration to persist against all odds, and to triumph.

In the MEK men alongside women, eagerly and passionately defended the cause of women’s equality everywhere and have endorsed their leadership. These MEK members have created new values and ethics based on honesty, self-sacrifice, and giving priority to others. They have firmly rejected the outlook that sees women as mere commodities. Such relations thus led to the fostering of far greater solidarity among men themselves. Therefore, women’s equal participation in leadership is not a process that could be realized without these emancipated men.

Such equality is not confined to legal and political equality or in equal opportunities. Rather, it requires the enhancement of human solidarity where women take ownership of their own fate and men who believe in the cause of equality develop a productive, creative and active character in themselves.

What could be the impact of this action by the MEK members, regardless of their gender?

Women have proven their effective and growing role in the struggle against the mullahs’ religious tyranny. For example in the scenes of confrontation with the Revolutionary Guards, in their unprecedented resistance in the regime’s torture chambers and dungeons, via their leading role in the anti-regime demonstrations, in protests of different social strata, and in forming and leading an international social and political movement against the religious fascism ruling Iran.

Today the women of the Iranian resistance, with such a great awareness, faith, sacrifice and selflessness, are leading the Iranian people’s movement. They are the true force for change. A force that has not been crushed despite 38 years of brutal subjugation but has grown stronger and more determined. And it will accomplish and guarantee the future of a free Iran.

This experience will be considered a great achievement for the cause of equality around the globe; for this reason, this movement belongs to all women across the planet. This movement it is going to transform all human relations and will lead them towards genuine maturity.

A glance over this magnificent struggle is the evolutionary continuation of more than 150 years of struggle for freedom. It shows women will certainly turn the page of history in their homeland and establish freedom, justice, and equality after overthrowing the ruling clerical dictatorship. 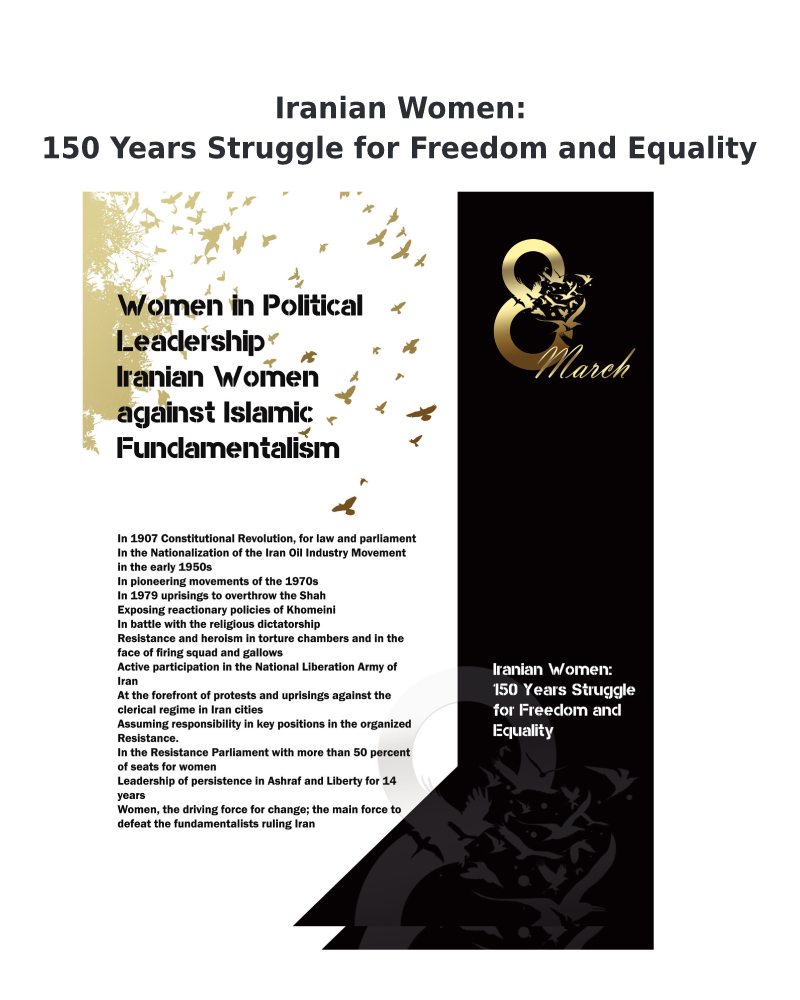