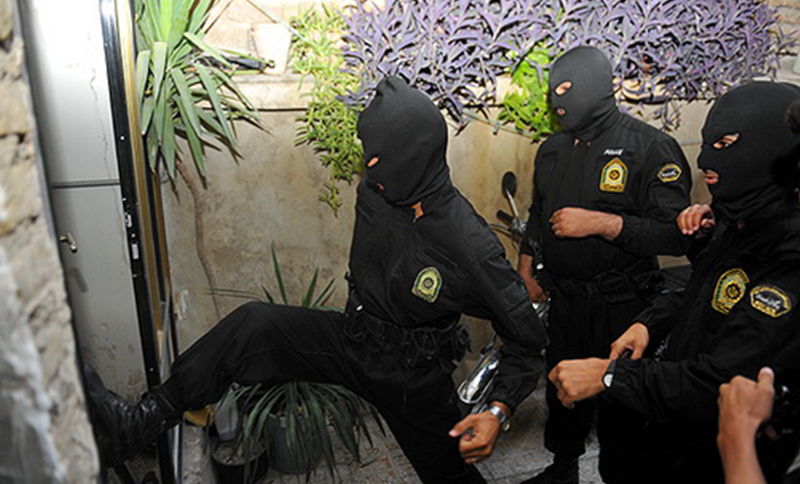 An official from the Iranian Revolutionary Guards Corps (IRGC) in Hamadan Province has reported the mass arrest of 20 women at a party, which they referred to as “dismantling the assembly of a women’s network aimed at promoting a Western lifestyle”.

Ali Akbar Karimpour, public relations and propaganda officer for the Hamedan Army of the Guardians of the Islamic Revolution, would not into any details about why these women were arrested, specifically when and where the incident took place, or how the women have been treated, other than that they have been “dealt with” and handed over to the judiciary.

He told the state-run ISNA news agency: “Virtual and real-life groups have networked to recruit women and girls in Hamadan to prepare them for special and anti-cultural events… These people were supported from Tehran… to implement Western thoughts, ideas, mentality and lifestyle among them.”

Karimpour went on to describe the party as a “network move” for “anti-cultural purposes”, saying that the organisers of the parties sent out e-vites asking women to attend the gathering to “spend some hours away from their husbands and children and just think about themselves and be happy”.

He said that these parties involved women dancing, enjoying themselves, and listening to female singers perform live. They also drank alcoholic beverages, which is a crime under the mullahs’ Sharia law.

Karimpour said: “The leaders of the network used social media to invite educated women, hairstylists, and housewives to their parties, aimed at propagating western style living.”

The Women’s Committee of the National Council of Resistance of Iran (NCRI), wrote: “Celebrations and joy are not considered crime anywhere in the world, but the mullahs’ regime considers it to be “anti-cultural” and “organized by the enemy”, even when only women attend such parties. Attacking and breaking up parties are quite rife in Iran with the authorities periodically launching crackdowns to discourage parties and sometimes make arrests.”

It’s rare for an all-female party to be raided in Iran because the authorities usually focuse on mixed-gender parties, which they think are immoral because they allow women to be in the company of men that they are not married to or related to, even if all they’re doing is talking.