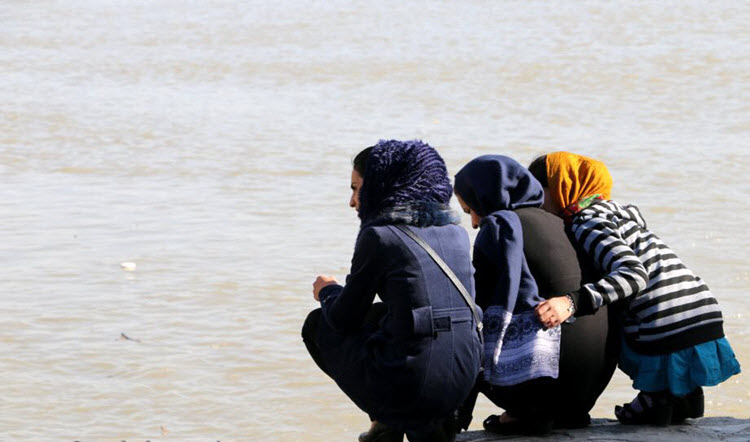 A misogynistic Iranian cleric has announced that immoral behaviour in women is destroying the environment.

This immodest behaviour, including ‘improper veiling’ has reportedly caused a major Iranian river to dry up.

Seyyed Youssef Tabatabi–nejad, said: “My office has received photos of women next to the dry Zayandeh-rud River pictured as if they are in Europe. It is these sorts of acts that cause the river to dry up even further.”

The Iman who leads Friday prayers in Isfahan has told the country’s morality police that they can use the terrorist Hezbollahi forces to crack down on ‘vice’ and ‘sinful’ behaviour.

He has drawn criticism from the National Council of Resistance of Iran; a member of the group’s foreign affairs committee, Afchine Alavi, said: “This reflects the typical mind set of the theocratic regime ruling Iran which is no different to the culture of Daesh (Isis).”

He explained: “Misogyny is a cornerstone of this mind set. The regime’s increasing isolation with each passing day results in more brutal methods of suppression being employed by the regime.”

These comments come after a series of crackdowns on supposed crimes against ‘morality’, which include attending mixed-gender parties, failing to wear the veil correctly and playing music too loudly in a car.

Tabatabi-nejad has previously stated that women should stay at home while men work and condoned violence against women who don’t abide by the strict dress code.