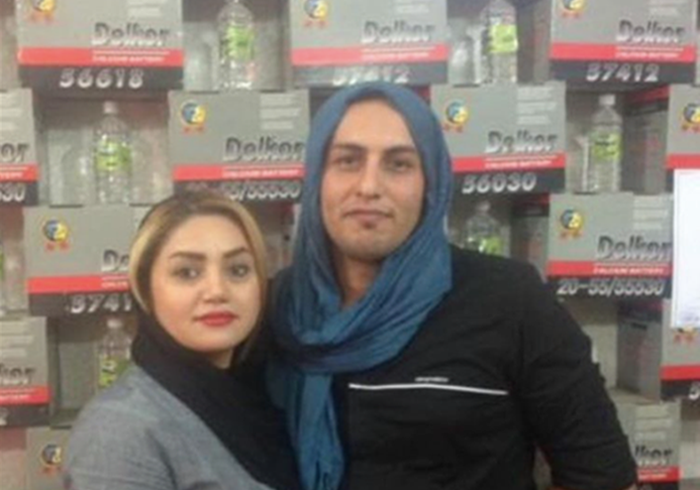 Men in Iran have been taking pictures of themselves wearing hijabs in solidarity with women in the Islamic republic who are forced to cover their hair, reports Harriet Sinclair of the International Business Times.

In a campaign organised by My Stealthy Freedom, which documents women without veils in protest against the compulsory hijab, men have been pictured covering their hair in support, following a recent crackdown on ‘improperly dressed’ women’ by the country’s morality police, IBTimes UK reported on Thursday.

My Stealthy Freedom posted a doctored picture of Iranian foreign minister Javad Zarif wearing a hijab and wrote: “Recently a female French Senator challenged the Iranian foreign minister Javad Zarif about the compulsory hijab and especially why all tourists were forced to wear the veil when they visited the country. Zarif, in response, claimed that tourists had no problem with compulsory hijab and that they respected ‘us like you did when you visited Iran.

It added: “Mr. Zarif, let me say that I have a great deal of respect for your diplomatic skills. But take a look at this photo of yourself wearing the Hijab. How do you feel? The picture is comical? weird? or do you see it as a personal insult?

“That’s exactly how the women who do not believe in compulsory hijab feel. For years, from childhood and teenage period to womanhood, we’ve been forced to wear the compulsory headscarf and for years we have to endure our loss of dignity.”

The site said men had been sending their pictures in ‘in droves’ and encouraged others to join them in protesting the compulsory hijab.

One man sent in a picture and wrote: “Here in Iran if you want to judge a woman, then you had better try the compulsory hijab first. For me, it was not as easy as I thought. I believe our sisters are much stronger than us when you see despite all the restrictions women dominated the entrance examinations for college attendance.

“Forcing women in Iran to wear hijab is an insult to men as well especially given that women are free to wear what they want to wear in many other countries.”

It is illegal for women to go out in public without wearing the hijab, and a recent increase in the numbers of morality police in places like Tehran have seen women pulled over for veiling incorrectly or wearing too much makeup.

Supporting the campaign, another user took a picture of himself in a chador, writing on the Facebook page: “When the Islamic Revolution took place, my mother started wearing hijab out of compulsion. And she never believed in hijab. In Khuzestan’s hot summers she was forced to go out in this attire. My mother died and only her clothes are left for me as a keepsake. I sometimes put her clothes on and remember those hot summer days when she would go out shopping and when she returned, due to the heat, she didn’t even have the energy to speak.

“I was always ashamed for my mother and my sisters. I was against hijab and my father and brothers also felt the same way. It’s very tough to go out in such clothing in the hot weather of Ahvaz, it’s indescribable.”