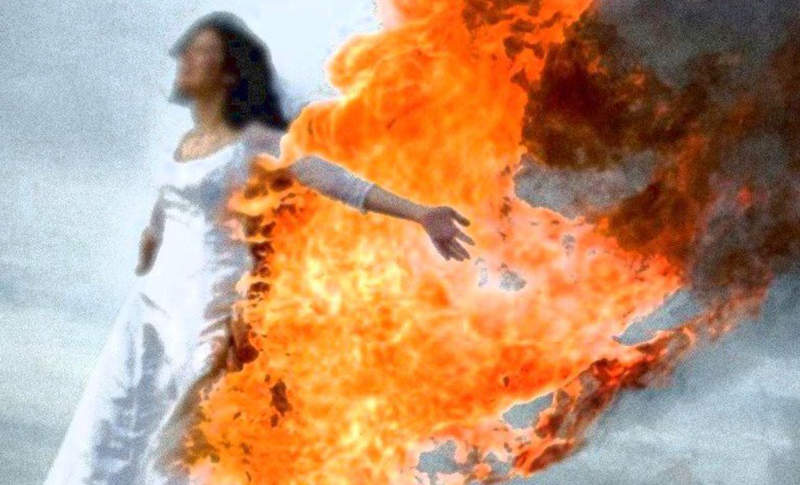 The death from suicide of a mother of four and the attempted self-immolation of a teenage girl in just one week have increased attention on the misogynist marriage laws in Iran.

Ziba, 16, set herself on fire in order to avoid a forced marriage to a much older man at the wishes of her family. A report by the state-run Khorasan daily newspaper on August 26 said that the girl, whose last name is not mentioned, was being forced into this marriage by her stepmother.

Ziba did not die but has suffered burns to her face and body. According to the report, she was released from the hospital.

Days earlier, on August 19, Mandana Hosseini died from extensive burns in a medical centre in Ilam, just four days after she set herself on fire to protest her husband’s second marriage. Hosseini leaves behind four sons.

The Iranian Regime’s oppressive and sexist marriage laws mean men can have four wives at the same time, while also being allowed to divorce their wives without telling them. But that is far from the only disturbing part of Iran’s marriage laws.

Ali Kazemi, an advisor to the legal deputy of the Judiciary Branch, told the state-run daily paper Entekhab in March 2019 that “between 5 to 600,000 children get married every year (in Iran) according to the officially-registered data. The main problem is that there are marriages taking place beyond those officially registered.”

Most people would agree that there is no way a 13-year-old is ready for marriage, but the biggest problem is that it’s never her choice. Worse still, fathers are allowed to marry their daughters off before they turn 13, as long as they get permission from a judge, with some girls being married before their ninth birthday. What father would want this for their daughter?

In June, there were at least two reposts of teenage girls – Souma Khedri, 19, from Baneh, and Sara Esmaili, 17, from Piranshahr – dying from suicide to evade forcible marriage due to lack of legal protection for women under the law.