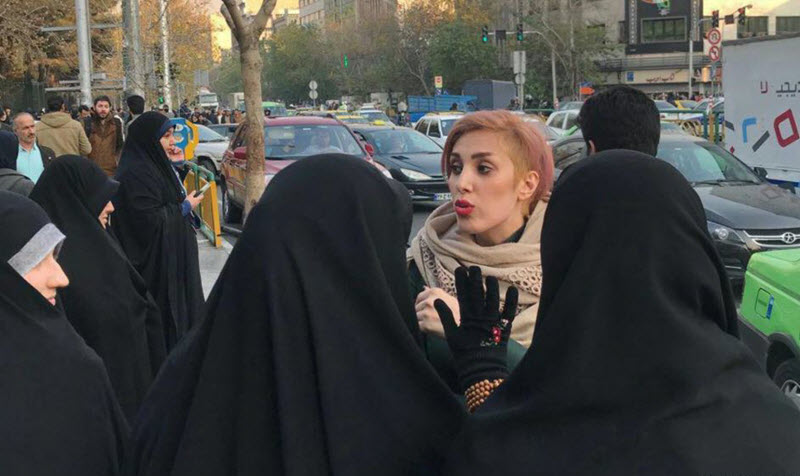 Iranian women have begun filming the violence they face on a day-to-day basis, and sharing the videos on social media. The perpetrators of attacks like those shared on social media, are pro-government vigilantes or plain-clothes morality police who confront and attack women for defying Iran’s hijab laws in the name of defending “public decency”. They appear to be getting bolder in their assaults.

Women in Iran face daily harassment and violent attacks, and Philip Luther, Amnesty International’s Middle East and North Africa Research and Advocacy Director has spoken up about this matter. “The video footage that has emerged in recent weeks demonstrates the shocking levels of abuse women in Iran face on a daily basis from morality police or pro-government thugs simply for daring to defy the country’s abusive forced hijab laws,” he said. “Iran’s forced hijab laws are not only deeply degrading and discriminatory, they are also being used to justify violent assaults on women and girls in the streets.”

The morality police randomly stop women in the street and insult and threaten them, or order them to pull their headscarves forward to their hair. They hand them tissues to wipe off make-up. These men often physically assault the women, slap them in the face, beat them with batons, handcuff them, and put them in police vans.

In a confrontation that is said to have begun after a pro-state vigilante persistently ordered one woman to wear her hijab properly, the video posted online shows the man shouting insults at her and then spraying her in the face with what appears to be pepper spray.

Another video shows a man yelling — insulting, and ordering a woman to put on her headscarf. The woman screams that he has threatened to fire a stun gun at her, and the man responds: “I did not fire at you. I only showed it to you.”

A man in plain clothes, who is seen in another video standing next to a morality police van, aimed a gun at unarmed men and women who intervened in the violent arrest of a woman who is not wearing a headscarf. The person who filmed the video can be heard saying that they, and other members of the public, had to rescue the woman from the morality police, who had taken her car keys and were attempting to push her into their van.

These videos are part of the My Camera, My Weapon campaign, in which Iranian women’s rights defenders attempt to raise awareness of the harassment and assault that women and girls face on Iran’s streets.

With the spotlight on the assaults, many human rights defenders are concerned that Iran’s authorities are fueling the assaults to silence women, now that they have the courage to speak out against the forced hijab.

“These brutal assaults targeting women and girls are a violation of their right to be protected from cruel, inhuman and degrading treatment under international law,” said Philip Luther. “Millions of Iranian women are being denied the right to be treated with dignity and to go about their daily lives without fearing violence or harassment.”

In Iran, women and girls are not allowed to go outside their homes without a headscarf covering their hair, and their arms and legs must be covered with loose clothing, as well. Iranian law demands that women and girls as young as nine years old, must not be seen in public without a headscarf. Violation of this law carries a punishment of 10 days to two months in prison, or a cash fine.

The most shocking example of the increased crackdown is the case of prominent human rights lawyer Nasrin Sotoudeh, who is currently awaiting a verdict in her trial.

Authorities have cited the following “evidence” against her:

– removing her headscarf during prison visits;

– giving media interviews about the violent arrest and detention of women protesting against forced hijab;

– and placing flowers at the scene where a woman protester was violently arrested.

If convicted, she could be sentenced up to 34 years in prison and 148 lashes.