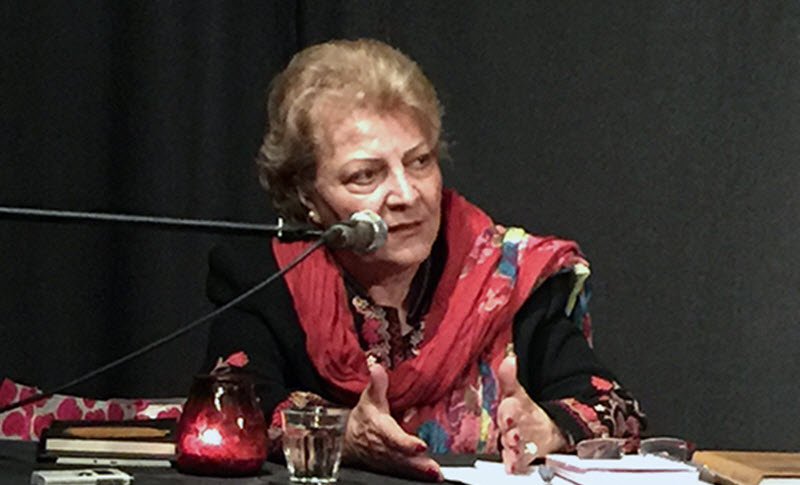 Gity Pourfazel, an Iranian lawyer, has been arrested, it was learnt over the weekend. She is a signatory of a statement by 14 women activists who have demanded the resignation of Ali Khamenei, the supreme leader of the Iranian regime. Until now, six of the signatories of this statement have been arrested.

Pourfazel’s family have no information about the source of the arrest and where she is being kept.

The statement by the 14 women activists, which was published about three weeks ago, demanded the transition from Islamic Republic and resignation of Ayatollah Khamenei. Ms. Pourfazel is the 6th signatory of this statement who has been arrested in the past three weeks. Narges Mansouri, Farangis Mazloum, Fatemeh Sepehri, Shahla Jahaanbin and Shahla Entesari were other signatories arrested in Tehran, Mashhad and Rasht.

The statement of the 14 activists read: “Four decades of absolute sovereignty of the jurist has resulted in the elimination of half of papulation of country with all their capacities and abilities from the perspective of equal citizens’ rights and human dignity. The writers of this statement are saying: We women have been deprived of a lot of basic and human rights.”

Also on Saturday night, August 24, Zahra Jamali, a civil activist living in Tehran, was arrested at her sister’s home by security forces and taken to an unknown location. Security forces also seized the personal belongings of Ms. Zahra Jamali, including her cellphone and laptop, during her arrest, the Women’s Committee of the National Council of Resistance of Iran reported on Monday.