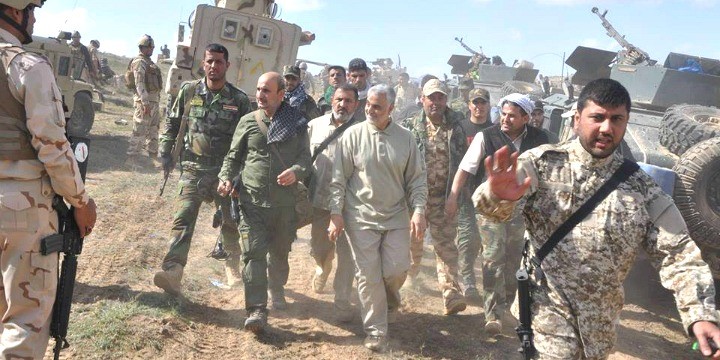 New legislation before the US Congress will introduce tough sanctions to combat the growing financial influence of Iran’s Islamic Revolutionary Guards Corps (IRGC), the main driver of Tehran’s military interventions in Iraq, Syria, Yemen, Lebanon and other countries in the region.

House Foreign Affairs Committee Chairman Ed Royce (R-CA) and Ranking Member Eliot Engel (D-NY) introduced H.R. 5132 on Thursday. The bipartisan bill authorizes the administration to sanction entities in which the IRGC has an ownership stake of less than 50 percent, significantly raising the risks for anyone engaged in business with the IRGC.

“As Iran’s most powerful economic actor, the Revolutionary Guards Corps bankrolls terror and Iran’s nuclear and ballistic missile program,” Royce said. “Yet hundreds of its front companies have yet to be sanctioned. This bipartisan bill will close that gap. It will cut off cash to a terrorist group that has the blood of hundreds of Americans, and countless Syrians, on its hands.”

Engel asserted that “alongside (Russian President Vladimir) Putin, the IRGC has worked with the genocidal Assad regime (in Syria)—which has killed more than half a million of its own citizens.”

On Wednesday, Iranian President Hassan Rouhani – one of the architects of the 2015 nuclear deal on Iran’s nuclear program, and widely regarded in western capitals as a moderate interlocutor – praised Gen. Qassem Soleimani, head of the IRGC’s Quds Corps, which arms and trains Hezbollah, the Assad regime’s forces and Shia paramilitaries in Iraqi Kurdistan.

In a message to a ceremony at Tehran University honoring Soleimani, Rouhani expressed gratitude “for all the efforts of the Quds Force commander in preserving stability in the region and fighting terrorism in neighboring countries.”