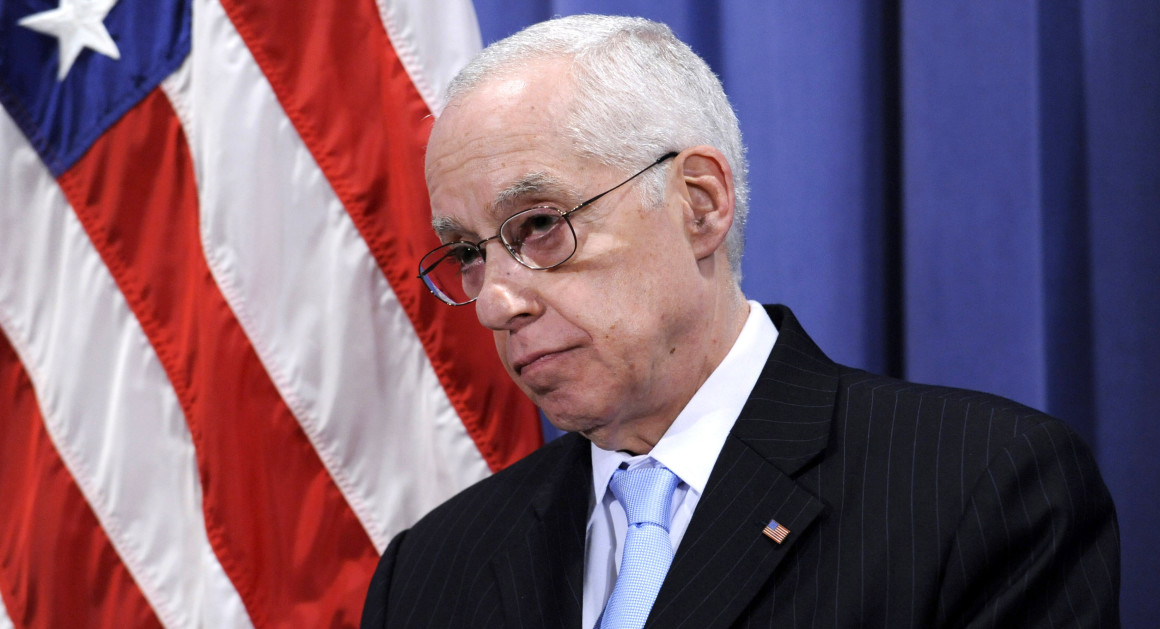 by Staff writer, SF
Former U.S. Attorney General Michael Mukasey and Former U.S. Director of the Federal Bureau of Investigations Louis Freeh took the stage together on Saturday as part of the American delegation to the National Council of Resistance of Iran’s (NCRI) annual Free Iran convention in Paris. Both Mukasey and Freeh addressed the failing and morally corrupt Iranian regime and the resistance movement that is working to topple it.

Mukasey began his remarks by saying, “Finally the stars seem to be aligned to accomplish what we all want to accomplish, which is the downfall of the mullahs’ regime.”

He went on to say that finally the “economic and political rot matches the moral rot” that has always been at the core of the regime.

Mukasey cautioned those who would say that the fall of the regime is inevitable:

“There is nothing inevitable in human affairs,” he pointed out.

Toppling the regime will require more effort by the Iranian people, but Mukasey said that he believes that effort is forthcoming. He also said that the Americans would continue their efforts

His portion of the speech with a hopeful message, echoed by many other speakers at the convention:

“I look forward to the day when we can greet each other in a free and a peaceful Iran.”

Louis Freeh spent many years in law enforcement, and his experience was apparent in his remarks. He opened with these words:

“It’s a warm day in Paris, it’s a hotter day in Iran, but do you feel the winds of change blowing over Iran?”

Addressing the delegates, who were mostly MEK members and their supporters, he told them that they were the people, along with their brothers and sisters in Iran and Albania, “who are blowing that wind with an ever increasing force.”

Freeh said that the regime has not changed. Monday, he said, was the 22nd anniversary of the IRCG Saudi Hezbollah bombing of the U.S. barracks in Khobar Towers. Today, the regime exports terror in Yemen, Argentina, Syria.

Freeh had two messages for those listening to his speech.

1.To the people of Iran: “We support you. We are amazed at your courage and bravery.” Freeh offered to move satellites to help the people communicate and to shut down companies on secondary sanctions violations. But, he said, “We can’t carry the fight as you have because you are the tip of the spear for liberty.”
2.To the oppressors in Iran and their terrorist regime, the criminals arresting, torturing, and murdering their citizens: “This is not 100 years ago.” Freeh emphasized that the United States has the ability to bring the criminal mullahs to justice. “There are things called evidence, witnesses, digital records, bank accounts. The day will come when not only will democratic change come to Iran, but the criminals who have committed crimes against humanity will fill the criminal courts of the international community. They will he brought to justice, and they will make the current international criminal court look like a traffic court.”

France – Free Iran Rally 2018: “They executed me thirty years ago, but I am still alive”