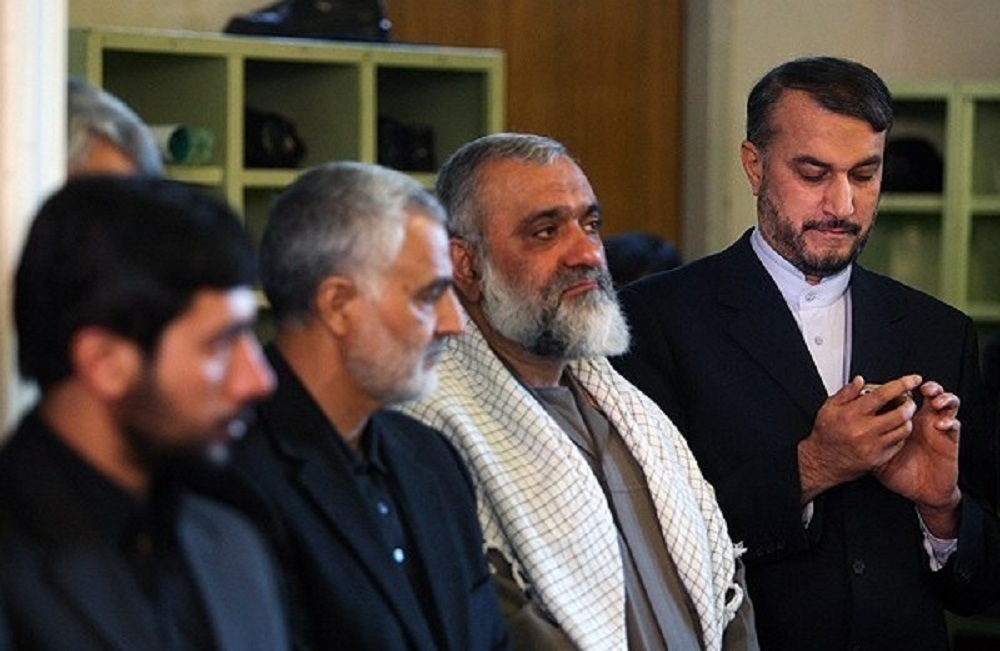 On Sunday, Iranian regime Foreign Minister Hossein Amir-Abdollahian made a new attempt to dictate US behavior in the midst of efforts to re-establish the 2015 Iran nuclear deal, formally known as the Joint Comprehensive Plan of Action.

Abdollahian: “There is no need for negotiations at all”

“There is no need for all these negotiations at all if there is a serious will in Washington to return to the deal,” Amir-Abdollahian said, referring to the talks that have been stalled in Vienna since June.

Despite Tehran’s efforts to show strength by claiming that it is not in a hurry to return to negotiations, it desperately needs sanctions relief to save its collapsing economy, avoid mass uprisings, and feed its unpopular proxies in the Middle East.

Furthermore, as autumn shifts into winter, these demands are bound to rise sharply, and some Iranian experts have already publicly warned of impending energy shortages.

During the summer, the country’s inability to meet the demand for power generation resulted in lengthy blackouts, which sparked widespread protests. Those shortages were reportedly exacerbated by the fact that government-linked entities, particularly the Revolutionary Guards, had begun relying on the energy-intensive process of bitcoin mining to avoid US sanctions while pursuing their own enrichment.

That phenomenon reflects the broader effects of corruption and self-dealing, which has allowed the IRGC to consolidate a financial empire worth more than half of Iran’s total GDP.

Meanwhile, government spending has risen by 40%, owing largely to the regime’s refusal to halt or scale back its support for Shiite militant groups or its involvement in regional conflicts.

Iran is also losing oil refining capacity as the industry’s infrastructure deteriorates. While Iran has one of the world’s largest crude oil reserves, its share of global refining is only 2%. In recent months, the neglected industry has also seen several fires break out. Another impending crisis for the regime is the global shift away from crude oil and toward green technologies, which is destined to reduce fossil fuel consumption.

If the regime had even the slightest interest in saving the economy and improving people’s lives, it could and should abandon its nuclear and missile ambitions, for which it has been sanctioned. However, the regime is convinced that removing those “power elements” will expose the regime to change from all sides.

Raisi Iran is unconcerned to find customers for its oil

To make it appear as if Iran is not suffering from sanctions, the regime and its Western mouthpieces continue to boast about the regime’s ability to circumvent sanctions and sell oil. In August, Ebrahim Raisi stated that Iran is unconcerned about finding customers for its oil and that it has several options for continuing to export crude and oil derivatives.

The sanctions have harmed Iran’s oil and financial sectors, exposed the regime’s flaws, and undermined the IRGC both inside and outside the nation. Unlike the regime’s propaganda, sanctions have never targeted the interests of the Iranian people, and the Iranian people have made it apparent by chanting, “Our enemy is right here; they lie when they say it’s America!” A weaker regime now finds itself in the midst of a people fed up with decades of persecution and prejudice.

Thousands of people have already died as a result of daring to say “no” to the regime. If the West listens to Iranian citizens rather than regime officials, it may find the strength to stand tall, refuse the regime’s extortion, and maintain self-respect by refusing to sit at the Iranian regime’s table.