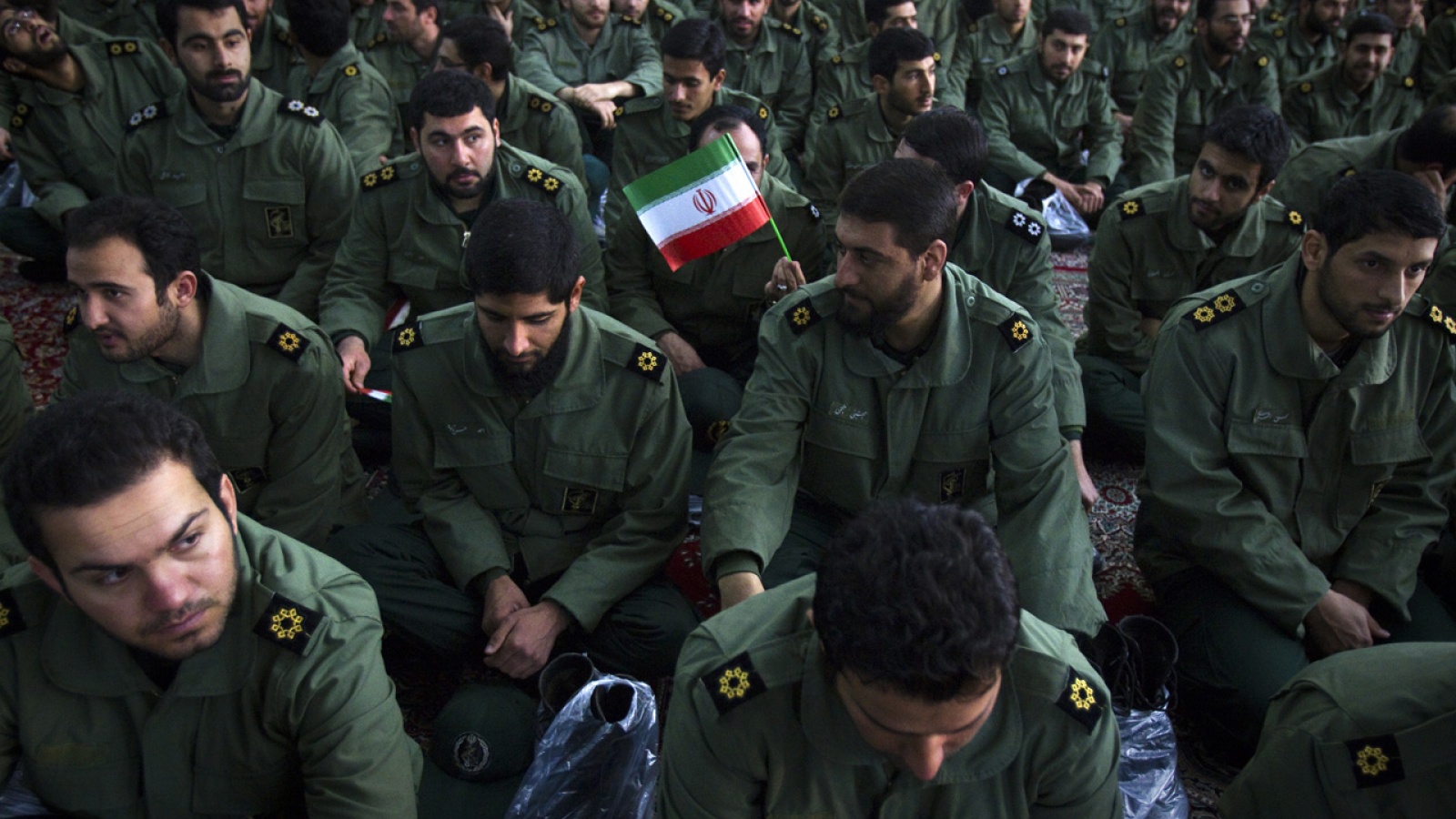 Revolutionary Guards are main cause of war and terror in region

The clerical regime has expanded its war mongering and criminal interventions in Syria and is seeking to reach the east coast of the Mediterranean by capturing Iraqi-Syria ground passage. 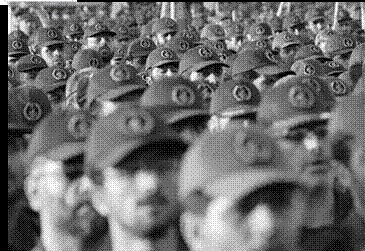 On January 14, 2017, Brigadier General Hussein Yekta, a commander of the Revolutionary Guards and responsible for Khatam’s headquarters, announced that the number of Afghans under the command of the IRGC in Syria, organized as part of the Fatemiyoun Division, is 18,000. Afghans living in Iran are forced to go to the Syrian war because of poverty, unemployment, lack of legal documents and various pressures by the regime.

The new details obtained from inside the mullahs’ regime indicate that:

1. Currently, Afghan forces are being deployed steadily to Syria on Tuesdays. The IRGC registers Afghans residing in the central provinces of Iran in the headquarters of the IRGC in southern Tehran (opposite the Metro Station for Khomeini’s grave). From there they are sent to the garrison known as Kheirol Hafezin in Shahriar (southwest Tehran). They are flown from Khomeini Airport to Damascus by airplanes owned by Mahan Company and Iran Air Company. About 2,000 Afghans are deployed from Kheirol Hafezin garrison to Syria every week.
The provincial governorates have established registration centers for Afghans in different provinces. Some of the Afghans first have military training in an IRGC military training camp around Qom and are
then deployed. Others are trained in Syria after being deployed there.

2. All the IRGC-affiliated forces entering Syria receive an ID card from the IRGC headquarters in a glass

building near Damascus Airport. The building, known as the Glasshouse, is a five-story building where the central command of the Revolutionary Guards in Syria is stationed. The Afghan forces are transferred to Shei’bani barracks (known as the Imam Hussein Garrison) in western Damascus and from there are distributed to various parts of Syria. The troops who have not been trained in Iran continue their training at this barracks. Afghan forces remain in Syria for six weeks or two months. As the war intensified in Syria in recent months, the deployment of these forces has increased and a large number of Afghans have been killed. Among the dispatched Afghans are also 14-year-old children.

To this end, the IRGC has established an training garrison in the Pol-e-no zone outside Abadan, on the way to Shalamcheh, for the Al-abdal group. The members of this group are first transferred from Basra to this garrison and then are sent to Syria after passing a short military and ideological training course. This group has an office in Amir Abad Street in downtown Abadan. The person in charge of this office is
called Abu Fatemeh al-Amara.

Al-abdal’s commander in chief is Abu Akram al-Majedi, His deputy is Kamal Hasnawi and the commander of the group’s forces in Syria is Mostafa Özbidi, known as Abu Fadak. Recently, part of the Abdal forces have been deployed to al-Tienf district to support Kata’ib Seyyed al-Shohada. Part of the forces of the group have been organized in the border area of Rutba inside Iraq and another part in the
39th brigade of Hashd al-Sha’bi of Iraq.

4. Another Iraqi force, known as Kata’ib Imam Ali, has a brigade in Syria. In August 2017, some of the members of the group went to an IRGC secret center around Tehran for a few months of training course. Their commander is Haj Abu Ali. Part of the forces of this group are in the Deir-Al-Zor area, and their commander is Muhammad al-Bawi called Abu Abed. The forces of this group are constantly sent to Damascus from Abadan, south of Iran.

Command of the Ground War in Syria by the IRGC

5. The command of ground operations in Syria is controlled by the Revolutionary Guards. The headquarters of the IRGC is located in the Glasshouse near Damascus Airport. The Revolutionary Guards have divided Syria into several operational fronts. Each front has a command post, details of which were disclosed by the Iranian Resistance in July 2016. Javad Qorbani, an IRGC commander, in an interview with the state-run Jam-e-Jam newspaper on January 21, 2017, revealed the existence of three garrisons in Syria, including the garrisons of Roqiyah in Aleppo (northern front), the Nabi between Aleppo and Damascus (central front) and Zeinab towards Deraa (southern front). Javad Qorbani, a commander of Zeinab garrison, said: “At this garrison, we are fighting at 29 points at the same time, meaning we have 29 front lines.”

6. The command of the fronts are as follows:

• Javad Ghaffari, a commander of the Iran-Iraq war, has been military commander of the Aleppo and northern front of Syria since four years ago and was appointed as field commander of the entire IRGC forces in Syria in late 2016. He met with Bashar al-Assad and Hassan Nasrallah a year ago, along with Qassem Soleimani. The Syrian dictator praised him on this visit.

• Brigadier Rahim Nowei, known as Abu Hussein, is commander of the southern front, and is stationed in Zeinab garrison, 50 km south of Damascus towards Deraa. He was a former commander of the IRGC in Ardebil province.

• The commander of the central front is an IRGC commander called Abu Baqer, who is also the deputy of Javad Ghaffari. He has been stationed in the Glasshouse for about a year. The location of his tactical command on the eastern front of Syria varies according to the location of the operation.

7. In the last few months, the IRGC has focused its forces on occupying the ground passage between Iraq and Syria. To this end, the commanders of the Revolutionary Guards have control over the command of the militias on both sides of the border. They want to gain control over about 400 kilometers of border strip.

• At Qirvan passage, in the northern part of the border line between Iraq and Syria, the IRGC forces are trying to open the passage to Syria on both sides of the border, and part of the militia forces affiliated to IRGC are concentrated on this passage. Some of the forces of Kata’ib Imam Ali are stationed in this area.

• Parallel to the two front lines mentioned above, the IRGC is trying to open the central passage by capturing the cities of Deir-alzur, Al-Mayadin and Albukamal, and to this end the IRGC has sent a large number of Afghan, Iraqi and Pakistani forces to this axis.

Iranian and Syrian people’s hatred of the war in Syria

8. The high casualties of the Revolutionary Guards in Syria have caused their families’ anger and hatred to such an extent that the IRGC is trying to reduce the deployment of its Iranian personnel to Syria and instead use non-Iranian militias.

Public discontent and hatred of the continuation of the Syrian war which has imposed heavy burdens on the people of Iran has been growing to such an extent that slogans such as “Leave Syria; think about us” have become commonplace in the social protests and demonstrations.

According to reports from inside the regime, in one of the meetings of the regime’s Supreme National Council Security in September 2017, Qassem Soleimani said that all people in Syria are against the Iranian regime, because they see the regime as a source of continuation of the war and the slaughter and damage caused by it in their country.

According to Soleimani, at the meeting even the Syrian Shiites that the regime was counting on are extremely unhappy and angry about the Iranian regime’s practices. Except for Bashar al-Assad, even senior Syrian government officials, and most of the ministers, consider the Iranian regime as the source of this war in Syria. Therefore, some of the guards of Bashar al-Assad and the Syrian intelligence guard are from the IRGC. Bashar al-Assad does not trust the commanders and personnel of the Syrian army. That is
why some of the IRGC commanders are dressed in the uniform of the Syrian army and have changed their appearance.

Secretariat of the National Council of Resistance of Iran
October 11, 2017