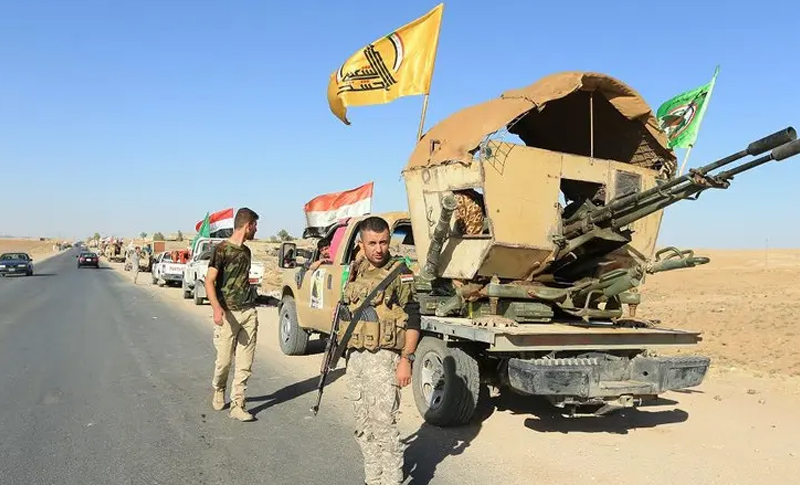 Brian Hook, the U.S. Special Representative for Iran and Senior Policy Advisor to Secretary of State Mike Pompeo, said in a press conference on December 5, “On November 25th, a U.S. warship conducted a flag verification boarding in international waters off the coast of Yemen.  We interdicted a significant hoard of weapons and missile parts, evidently of Iranian origin. Also relating to Yemen, I am announcing today that the State Department’s Rewards for Justice program is offering up to $15 million for information on the financial activities, networks, and associates of Abdul Reza Shahlai.  He is a Yemen-based high-ranking commander of the IRGC’s Qods Force.”

Hook called on the international community to “join the US in holding Iran accountable for its acts of terror both against the nations of the world and against the Iranian people.”

But who is really Abdul Reza Shahlai?

He is deputy to Qasem Suleimani, the commander of the IRGC Qods Force.

Since 2014, Shahlai has been the right hand of Qasem Suleimani during the war in Yemen and previously he was active in Iraq and Syria on behalf of the Quds Force. He participated in these wars under the banner of so-called Hezbollah or Jihadi groups.

Abdul Reza Shahlai was born in 1957 in Kermanshah. Since the founding of the Islamic Revolutionary Guard in 1980, he joined the IRGC.

Since 1985, he participated in cross border operations of the IRGC from the Ramezan Base, and with the creation of the Quds Force in 1988, he became one its commanders to carry out terrorist attacks abroad.

His specific domain was Iraq. Especially since 1992 when regime’s terrorist activities in Iraq against the People’s Mojahedin Organization of Iran (PMOI/MEK) increased, Shahlai had a commanding role.

Since 2003 his role was to plan many terrorist attacks against the U.S. and Coalition forces. He tried to recruit Iraqis and to send them to Iraq to get trained for terrorist activities.

Qasem Suleimani, together with other IRGC commanders Ahmad Forouzandeh and Abdul Reza Shahlai direct all Iranian regime’s terrors and interventions in Iraq.

In 2002, a few months before the U.S. invasion of Iraq, Qasem Suleimani stablished 3 commanding Units at Iran – Iraq boarders.

In 2006 the Iranian regime has send thousands of soldiers to Iran and after their training was finished, returned them to Iraq.

17 IRGC bases in different provinces of Iran exists as training institutions and the Quds Force has the responsibility for terrorist training.

Like Imam Ali Base in Tehran Velenjak and Hezbollah Base in Jalilabad.

The highest commanders of the Quds Force, including Qasem Suleimani, Shahlayi and Ahmad Forouzandeh are on top of these measures.

Serial explosions, kidnapping and murdering Iraqi personalities and intellectuals and moving the Sunni population of Baghdad are result of these trainings.

On top of its mission, the IRGC and Quds Force planned many attacks on the MEK.

In a press conference on 21 March 2007 in Washington, Alireza Jafarzadeh, who back in 2002 was among the first to claim that Iran was intent on developing a nuclear weapons program said thousands of Iraqi Shiite militants are passing through terrorist training camps in Iran, a high-profile Iranian exile alleged Tuesday, accusing Tehran of seeking to destabilize its neighbor.

“We’re not talking about some rag-tag elements and individuals who go out of their way and happen to provide weapons or assistance to a number of Shiite militia groups,” Jafarzadeh told reporters in New York and continued “we are talking about systematic, well-organised, high-level training officially provided by the Iranian regime.”

Shahlayi, together with other Quds Force commanders, Hamed Abdollahi and Ali Gholam Shakouri were responsible of terror of Saudi Ambassador to Washington.