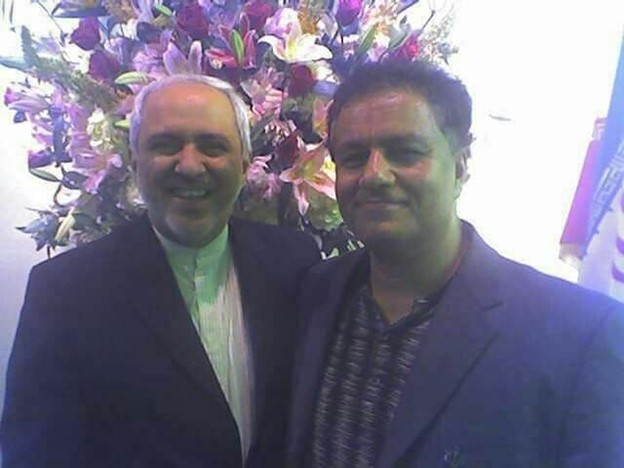 An Iranian political scientist Kaveh Lotfolah Afrasiabi was recently arrested at his home in the United States where he is legally resident. The National Council of Resistance of Iran (NCRI) and The  People’s Mojahedin Organization of Iran (PMOI / MEK Iran) reported that for more than ten years, Afrasiabi has been working for the Iranian government.

Afrasiabi were pushing its malign policies and agendas while posing and portraying himself as a neutral and independent expert on Iran.

He has been in contact with numerous policymakers and journalists in the United States. Back in 2009 even assisted a member of Congress in drafting a letter to the President at that time, former President Barack Obama, supporting a fuel swap agreement that the Iranian government itself had proposed.

This news is alarming and policymakers should be prompted to pay much closer attention to those that push policies in line with those that the Iranian regime push.

Journalists, in particular, must also be aware of the regime’s numerous lobbyists. Even renowned Western publications have fallen into the trap of repeating the lies and deceptions told by regime lobbies.

It is deeply concerning how far Iran’s assets have been allowed to penetrate into policy circles, into journalism, and even into the mass media and public domain in the West. A positive move in the right direction, Afrasiabi’s arrest is, but it is just the beginning.

He has been given a platform to spread the regime’s lies and to push its policies. He has written articles for and been interviewed in a number of big-name publications and journals. He has made himself out to be a neutral foreign affairs expert and political scientist. He has countless times argued against the United States’ strategy of putting Iran under maximum pressure. He has called on European countries to defy US sanctions and give Iran further concessions.

Kaveh Afrasiabi has also tried to discredit the regime’s main opposition – the People’s Mojahedin Organization of Iran (PMOI / MEK Iran) and the National Council of Resistance of Iran (NCRI). The Iranian regime has been targeting its opposition through propaganda for decades.

It is uncertain just how influential Afrasiabi has really been, but he is backing the governments in the West that tend to believe that the Iranian regime is powerful, stable, and not under threat of domestic unrest.

Sadly this is a common view taken by many in the West because of the regime’s deceptions, denials, and lobbies.

This could not be further from the truth because the Iranian regime is in an extremely desperate situation. It is clinging to power by a thread and the domestic threat is very real.

Another major uprising threatens to break out at any time as the people of Iran continue to push for regime change.

Western governments and journalists must be aware that these regime lobbies and lobbyists are working for the number one state sponsor of terrorism in the world.

Careful attention must be paid to vet those so-called “experts” and “political analysts” that push for anything other than the pressure on the regime.

Iran: The “Daily Beast of Burden” and the Mullah’s Propaganda Farm