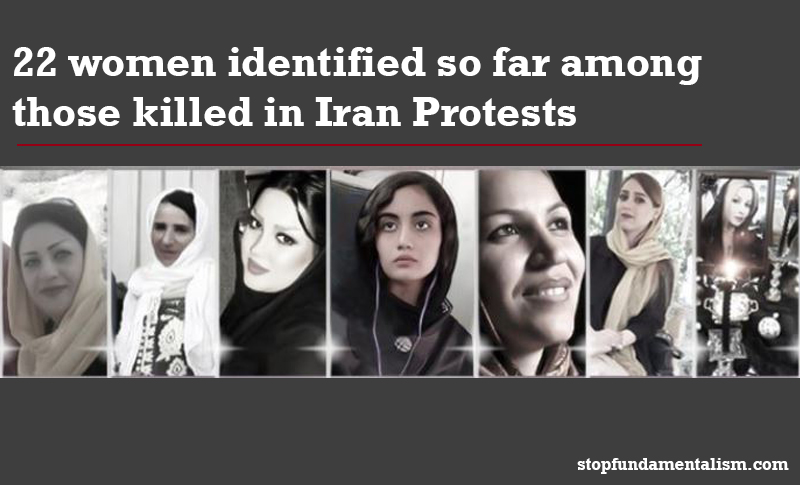 A 13-year-old girl is confirmed dead and five women have been arrested in the ongoing Iran protests.

The 13-year-old girl, who has not yet been named, was killed in Behbahan, Khuzestan Province, alongside three young men. She was shot in the head from behind.

The total number of protesters who have died so far in the Iran protests in now at least 750, according to the People’s Mojahedin Organization of Iran (PMOI/MEK) on December 3, although they caution that the true number is likely much higher due to the secrecy of the regime. They’ve so far been able to name 194, adding another 15 names on Sunday.

The Commander of the State Security Force in Kerman Province, southern Iran, announced on November 28, that five more women have been arrested in Sirjan for taking part in the protests that have now spread to 187 cities. Abdulreza Nazeri said that his forces had arrested 25 persons, including five women.

Arrests continued across the country, with Iranian news agencies reporting that the State Security Forces arrested 412 people in the four provinces of Tehran, Kermanshah, Fardis of Karaj, and Kurdistan, on Sunday alone. The scale of arrests is growing by the day.

The Iranian Resistance called on the United Nations and other international human rights organizations to “undertake urgent measures to stop the slaughter and torture of Iran protesters” and “dispatch a fact-finding mission to Iran to investigate the deaths, injury and imprisonment of Iran protesters”.

Alongside the suppression of the nationwide uprising, which began over a hike in fuel prices on November 15 and quickly became about regime change, the Iranian regime’s security forces are arresting civil activists.

Civil activist and journalist Fereshteh Cheraghi, from Sarpol-e Zahab, was arrested at her home by agents of the Revolutionary Guards (IRGC) Intelligence division on Friday, November 29, and transferred to Kermanshah.

Cheraghi had previously been arrested during the initial days of the uprising but was released after a few days. She is a well-respected journalist, civil activist, and conservationist in Sarpol-e Zahab, serving as one of the key sources of information on the earthquake and suspicious fires that broke out in this city.

Elsewhere, in Urmia, Kurdish woman Sheida Najafian was sentenced to five years in prison. She was arrested in September 2019 on the charge of membership in an opposition Kurdish group. She is currently being held in the Central Prison of Urmia.