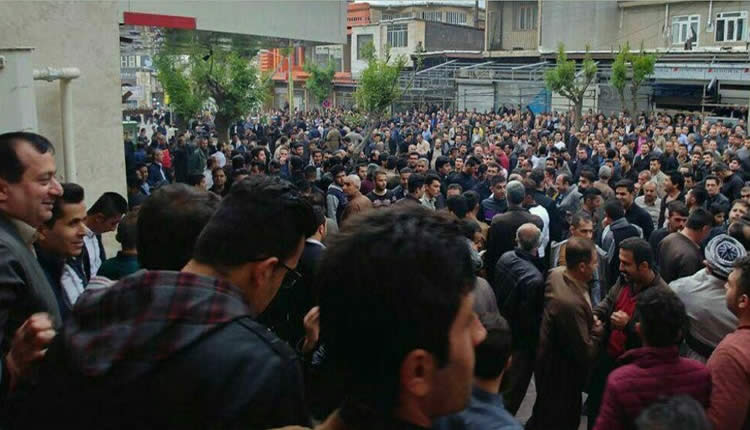 by Armin Baldwin
It’s not a great time to be a mullah in Iran.
The Iranian Regime is struggling to determine how to retaliate to a second suspected Israeli strike, which has killed Iranian forces in Syria, while also facing deep unrest at home and the prospect of international isolation if Donald Trump pulls out of the 2015 nuclear deal, later this month.

Israel
The strikes on Iranian forces in Syria are likely due to the use of chemical weapons against civilians by the Syrian-Iranian-Russian forces.
While Iran has constantly threatened Israel’s existence, they do not have the air force or the ballistic missile programme needed to take on the Jewish state. Israel would easily fight back and it would further risk alienating the West ahead of the May 12 deadline on the future of the Iran nuclear deal that Trump wants to scrap.
Iran will even find it hard to use its proxy militias to fight back against Israel as Hezbollah – Iran’s main proxy and enemy of Israel – are currently fighting for Iran (and the Bashar Assad dictatorship) in Syria.

Nuclear Deal
An attack on Israel by Iran would draw major condemnation and possibly even retaliation from the West, especially given Trump’s clear friendship with Israel. It would also isolate Iran from other world powers as we reach the date when Trump will likely withdraw from the deal, leaving fewer countries who will side with Iran.
If Trump leaves the deal, as its expected he will, it will further hurt the Iranian economy, which is already in tatters, but this will be a good thing. The Iranian economy only benefits the top 1% of Iranians, leaving many of the rest in abject poverty.
As the economy fails, the Regime will have less money to use to attack their own people and the Iranian people will be able to rise up – as they already are in nationwide anti-regime protests – and overthrow the Regime

Regime change
While the Iranian Regime continues attempting to distract t rest of the world with its rhetoric against Israel, Saudi Arabia, the US, and more, a change is brewing in Iran. The Iranian people, who have received no benefits from the nuclear deal, are continuing to rise up against the mullahs and it is likely that they will bring about regime change by and for themselves.
This regime change led by the Iranian people and organised by the National Council of Resistance of Iran (NCRI) is the only thing capable of bringing peace to the Middle East and the country of Iran.