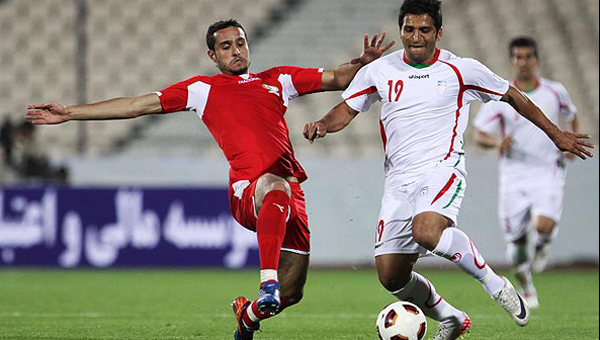 Stop Fundamentalism – While the Iranian media still brag about their Football (Soccer) team’s 7-0 win Wednesday against Palestine in Tehran’s Azadi Stadium in preparation of the upcoming match on October 11 against Bahrain, in Group E qualifier for Brazil 2014 FIFA World Cup Football games, FIFA has appointed a security expert to observe the “high risk” game next week.  The game will be played amid rising tensions between the two countries.

In an earlier game this year between the Iranian Piroozi team and Saudi’s Al-lttihad, Iranians fans in the stadium chanted slogans against the Saudi’s and clashed with the police.  The Iranians blame the Saudi’s for a crackdown on Bahraini protesters in what is come be known as Arab Spring.

The qualifying match will be held at the Azadi Stadium in Tehran next Tuesday.

“The three points we would achieve by wining Bahrain are very important to us and it will give us a better chance to rise to the next stage,” said Karimi, an Iranian player, after the game with Palestine, stressing the importance of next week’s game against Bahrain.

“Even if we don’t win the game next week,” Karimi  tried to reassure Iranian Football fans, “It would be no problem and we would still have a chance to move on to the next stage in the qualifying games for Brazil 2014 World Cup.”

Coach Carlos Queiroz, considered the match to be a good practice for the Iranian team and said that he enjoyed the game.

Iran has already attended the World Cup games three times in the past.