Stop Fundamentalism – Ayatollah Hossein-Ali Montazeri, a top leading Shiite cleric in Iran, has issued a statement on his website declaring that the current government in Iran is exploiting Islamic values for its own purposes. 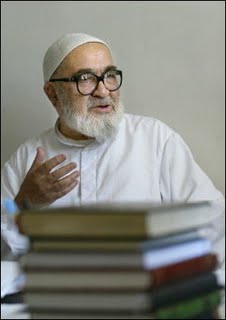 Montazeri has been under house arrest for over 20 years due to his opposition to the Ayatollah Khomeini.  He was originally named the successor of the Ayatollah when the Islamic revolution succeeded to replace the shah’s regime.  He was later disqualified by Khomeini due to his opposition to mass executions of 1988. Over thirty thousand have been reported executed as the result.

Montazeri referred to a saying connected to Prophet Mohammed that, “A land will survive without religion, but will not survive with tyranny.”