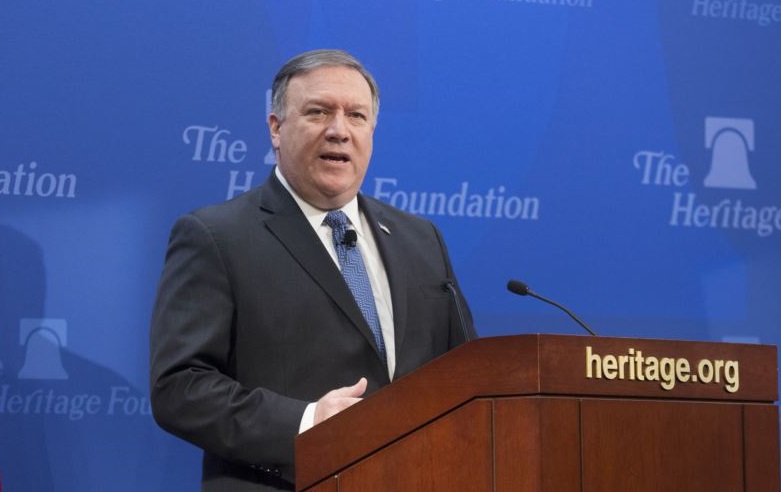 by Navid  Felker
Last month, US President Donald Trump announced his decision to pull the United States out of the 2015 Iran nuclear deal. He had threatened to do so since before even taking office, but he finally did it. In his announcement speech, he justified his decision by listing a whole host of belligerent acts that the Iranian regime has carried out or is involved with.

His Secretary of State Mike Pompeo then announced that Iran is going to be subjected to the harshest sanctions in history and listed a number of conditions that Iran must adhere to. The economic sanctions are crippling and include restrictions on oil exports.
It is now unclear how the huge business deals that are ongoing are going to pan out. For example, Iran was replacing its dilapidated fleets of aircraft and had deals with Airbus. How this will proceed remains to be seen because permission will need to be granted by the United States in order for the company to proceed with business. And there is no guarantee that it will get the permission it needs.
Trump has said that putting Iran in an economically weak situation (well, even weaker than it already is) is essential to moving forward with foreign policy. The economic sanctions will have profound effects on the funding of Iran’s military.

Furthermore, the political situation is very delicate. The different factions in the regime are having a difficult time agreeing on the most important policies and the infighting is evident for everyone to see. Even the state-run media outlets that tend to show the Iranian regime in a positive light have been commenting on the disaccord between different parties and individuals in the leadership.
However, harsh action taken by the United States will not work alone. It must be accompanied by support from the other nations – especially those that are still signatories of the deal: China, Russia, Germany, the United Kingdom and France.
There is also a risk that the Iranian regime could use the sanctions to stir even more anti-American and anti-Western sentiments, especially because life for many Iranians will become even worse than it currently is. The people of Iran are struggling more and more and are unable to afford even some of the most necessary everyday items.

The people are very well aware that this is the fault of no one other than the clerical regime. For almost four decades the people have lived under tyrannical rule and they are getting fed up. At the end of December last year, millions of people participated in what has been the biggest uprising in Iran for years. It started off as protests against the economic situation that is aggravated by mismanagement and corruption, but they quickly turned into anti-regime demonstrations and calls for regime change.
Change in Iran must come from within. It certainly cannot come through American policies alone. Sanctions will be able to keep the regime from expanding further into the Middle East, but they cannot bring change alone.