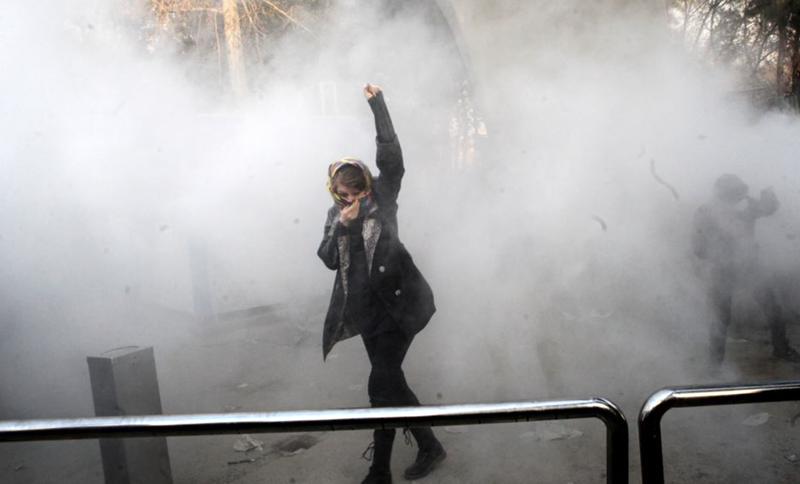 Reports from inside Iran show that unrest is continuing across the country – something that has been so prevalent over the past few years. The Iranian regime’s mismanagement, widespread corruption, meddling across the Middle East, its terrorist activities, its sectarianism, its domestic suppression, and so on, culminated in the major uprising between December 2017 to January 2018.

The protests and anti-government demonstrations during the uprising were initially focused on the Iranian governments economic policies, but as the protests spread further across the country they became more political in nature. There were loud calls for regime change and the people made it very clear that they are opposed to the clerical regime.

Throughout 2018, Iran saw some of the biggest and most serious protests and anti-government demonstrations since the 2009 uprising . They have had a huge impact on the Iranian regime that responded with force and further suppression despite calls from the international community including from the Office of the United Nations High Commissioner for Human Rights, to allow the people their right to protest. Thousands of people were arrested with many being imprisoned, and there were a number of deaths.

This year, the protests are continuing. Many workers are striking because of the poor conditions they are subjected too, including the non-payment of wages.

Recent reports from the country have indicated that the Revolutionary Guards (IRGC) brutal and suppressive Basij force has been involved in clashes with students and young people in the south-central city of Shiraz. The young protesters allegedly attacked the head of the Basij force in Shiraz, Mehdi Zarei, after being confronted by him as they were entering the Sheikh Ali Choopan Basij site.

State-run media in Iran has confirmed the incidence, saying that Zarae was attacked by a number of young people.

Other reports are indicating that many young people in a number of different cities are also confronting the suppressive forces, fed up with the extreme repression that they are faced with.

The country’s Minister of Interior Abdolreza Rahmani Fazli has warned that there could be further unrest and said that the authorities must be prepared for it. He said during an interview on state television: “We shouldn’t neglect, ignore the protests and unrests, and not take preventive measures and proper responses. Any incident could turn into a great event.”

He said that the enemy is triggering the protests and demonstrations through sanctions being imposed.

The people of Iran are supported by the Iranian Resistance – the most organised opposition group and the only viable alternative to the clerical rule. They are backing the people in their quest for freedom, democracy, peace and the respect of human rights.