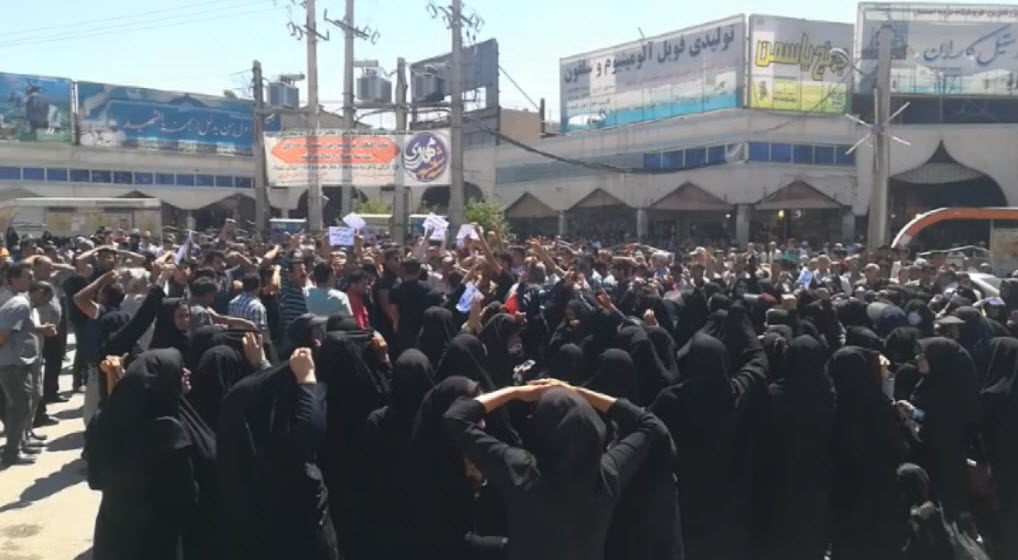 On Wednesday, in the southern Iranian city of Kazerun, according to a Fox News report a protest turned deadly. Security forces allegedly opened fire on a protest against a plan to divide the city into two sections. At least two protesters are said to have been killed, and several injured. As well, many were arrested.

The National Council of Resistance of Iran (NCRI), a coalition of influential Iranian opposition groups, issued a statement saying that more protesters have gathered outside a police station in the city, and are reported to have vowed not to leave until those arrested were released. “Beware of the day we get arms,” they are said to have chanted.
“Repressive forces” first fired tear gas and shot bullets into the air, according to the NCRI report, and the “regime forces” fired directly into the people, armed only with rocks and pieces of wood.
Support for those arrested continues to grow. “The clashes spread to a large part of the city, including the streets of Revolution, Hamidi and Palestine, and continued until midnight. At 1 a.m., a column of repressive forces from Shiraz entered Kazerun,” the statement read.

Opposition sources warn that more protests will be held Thursday in Kazerun, a city with a population of just under 150,000.
The statement from the Secretariat of the National Council of Resistance of Iran is reproduced below:

“Following the demonstration of people of Kazeroun on Wednesday May 16, the intelligence and security forces of the regime arrested a large number of people of the city, especially the youth. Hundreds of people gathered in front of the police and security forces centers and called for the release of the detainees. Mullah Khorsand, the Friday Imam of the regime in Kazeroun, went to the scene to deceive the protesters and disperse them, but the people heckled him and he fled.

“The repressive forces first began firing tear gas and shooting in the air, but the people continued their protests and emphasized on the release of the arrested people. Then, the regime forces directly opened fire to the people. In the course of these clashes, at least two young people were killed and many were wounded and arrested.
“The people of Kazeroun defended themselves with stone and wood, and set the police station on fire. The clashes spread to a large part of the city, including the streets of Revolution, Hamidi and Palestine, and continued until midnight. At 1:00 AM a column of repressive forces from Shiraz entered Kazeroun.”

A White House advisor who is an expert on Iran told Fox News that “When the president withdrew from the nuclear deal he explicitly called to the Iranian people to shrug off the totalitarian theocrats who’ve been oppressing them. The supporters of Obama’s Iran deal said the withdrawal would only strengthen hardliners. The ongoing protests show they were wrong again.”

President Trump addressed the Iranian people directly when he said, “Most of Iran’s 80 million citizens have sadly never known an Iran that prospered in peace with its neighbors and commanded the admiration of the world. But the future of Iran belongs to its people.”