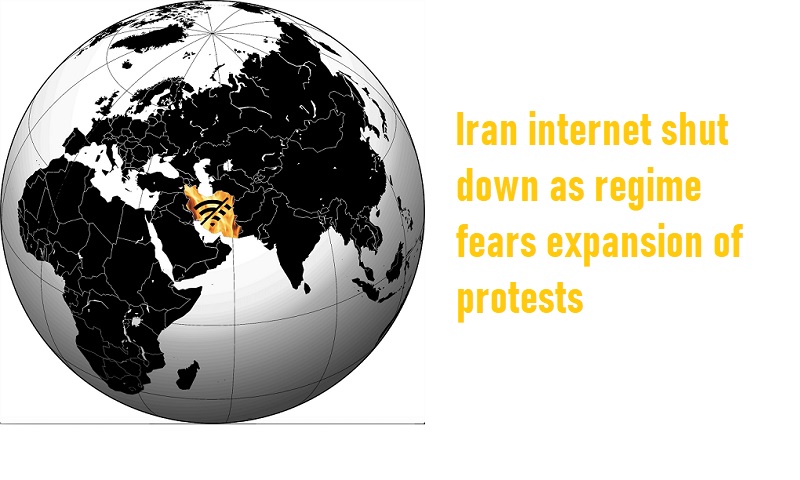 Iran is witnessing anti-regime nationwide protests since Friday November 15, that started after regime decided to triple the gasoline prices. According to Iran’s main opposition movement the People’s Mojahedin Organization of Iran (PMOI/MEK) more than 200 protesters have been killed, hundreds injured and over 1,000 arrested.  Amnesty International (AI) Condemned “killing of scores of protesters in Iran” and said in a statement “We’re horrified at reports that dozens of protesters have been killed in Iran, hundreds injured and over 1000 arrested since Friday. We’re alarmed that authorities have shut down the internet to create an information blackout of their brutal crackdown. We’re investigating.”

We’re horrified at reports that dozens of protesters have been killed in #Iran, hundreds injured & over 1000 arrested since Friday. We’re alarmed that authorities have shut down the internet to create an information blackout of their brutal crackdown. We’re investigating.

The Iranian regime has shut down internet to prevent news of the protests from reaching the world and open the way for a massive crackdown.

NetBlocks, an organization that tracks internet access across the world declared that the Iranian regime had imposed a “near-total internet shutdown” after protests erupted over fuel prices. According to the website of NetBlocks, national connectivity reached 5 percent of ordinary levels. NetBlocks declared that the ongoing disruption constitutes a severe violation of the basic rights and liberties of Iranians.

Update: It has been 75 hours since #Iran introduced a near-total internet shutdown leaving Iranians isolated from the rest of the world ?

David Kaye, the UN Special Rapporteur on the Promotion and Protection of the Right to Freedom of Opinion and Expression said to the CNN that the shutdown is an attempt by the government to stop the flow of information and quash the demonstrations and the blackout makes it “harder for people to organize, harder for people to protest.”

NetBlocks’ executive director Alp Toker told CNN that “Despite authorities’ attempts to make some internal services available to a limited number of users, the shutdown continues and the internet as we know it is not available in Iran.”

Iranians around the world organized a tweetstorm campaign on twitter with the hashtag #Internet4Iran and it was trending in lots of places in the world on Tuesday evening.

Mrs. Maryam Rajavi the President-Elect of the National Council of Resistance of Iran (NCRI) said in a tweet “The clerical regime seeks to force the people of Iran into surrender through mass slaughter and shut down of the internet. The young, courageous protesters in Iran, however, have resisted and foiled these attempts.”

Mrs. Rajavi called on the international community to strongly condemn the mullahs and their “online terrorism.”

“The international community must strongly condemn the mullahs for their online terrorism and they must help the people of Iran to overcome this inhuman siege,” Mrs. Rajavi said.