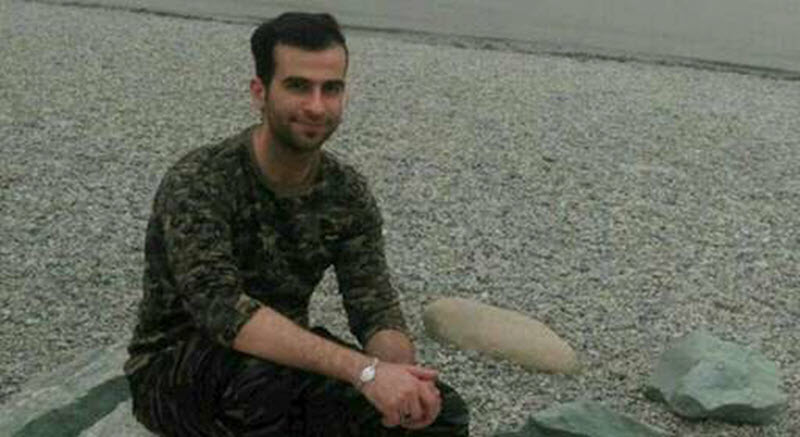 During the nationwide protests that swept across Iran last week twenty-five-year-old Reza Outadi was killed. Now, an overseas-based Iranian news site says Iranian authorities have pressured his relatives to identify the slain man as a pro-government militiaman.

State-run news agency Fars reported that Outadi was shot by an unidentified gunman in a passing car. But, on Tuesday, the IranWire news site, run by exiled Iranian journalists, quoted an unnamed male friend of Outadi as saying Karaj’s governor and pro-government Basiji militiamen attended Outadi’s funeral Monday, and after promising to find his killer, asked family members to identify Outadi as a Basiji martyr.

Apparently, the militiamen had displayed his picture around their local base and claimed the slain man as one of their own.

A second unnamed friend of Outadi was quoted as expressing regret for what he said was family members’ acceptance of the authorities’ request to declare Outadi as a Basiji martyr.

The Prosecutor General of Karaj announced that Reza Outadi was “shot in the back and killed”. Initially, authorities told the family that they considered Outadi to be a “rioter” (shooreshi) and consequently would not be releasing his body to them. They have since released his body, and his family were able to hold his funeral under heavy security presence, on August 6th.

In a statement, Amnesty International said that it is concerned that the special unit that has been established to investigate the death of Reza Outadi does not meet the requirements of impartiality and independence under international law and standards. Amnesty urges the Iranian authorities to ensure that the investigation into the death of Reza Outadi is impartial and independent, and that anyone reasonably suspected of criminal responsibility be brought to justice in fair trials, and without recourse to the death penalty.

The announcement for the memorial ceremony for Outadi at a Karaj mosque made no mention of his affiliation.

Previously, similar controversies regarding the affiliation of people killed in antigovernment protests have occurred in Iran. In fact, Iranian authorities and state-controlled media claimed that two male students, Saneh Jaleh and Mohammad Mokhtari, who were killed in a February 2011 protest in Tehran, were government supporters. This assertion was denied by friends of the two men, as well as rights activists who accused Iranian security forces of killing them.