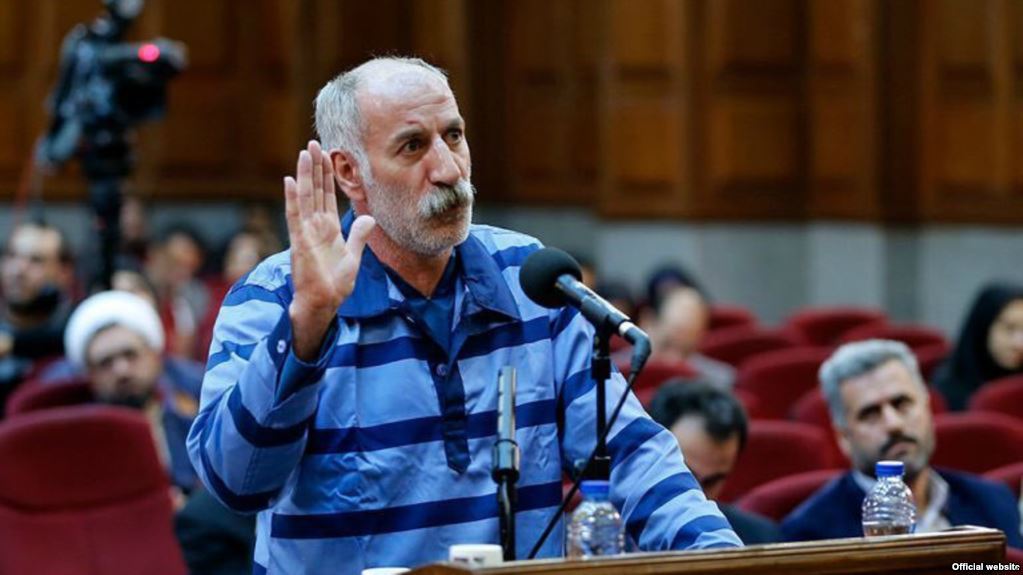 by Saeed
News of the execution of 51-year-old Mohammad Salas, a member of the Gonabadi Dervish (a Sufi minority), has caused shockwaves across the country. He is the latest victim of the cruel and callous Iranian regime.
Salas was arrested during the protests in Tehran in February 2018 and has been incarcerated and subjected to tremendous torture. His ribs, nose and teeth were broken by official agents and he was blinded following a beating. He was forced into signing a false confession and was sentenced to death. His execution took place on Monday 18th June.

Amnesty International, before his execution, had called on the international community to do everything in its power to ensure that Salas was not executed. In a statement, the organisation said that the Iranian regime’s track record with regards to its use of the death penalty is “deplorable”. The statement said: “This execution is a travesty of justice that is abhorrent and unconscionable. It flies in the face of the huge public outcry in the country and is vengeance, not justice.”
Salas, like many other prisoners in Iran, did not receive a fair trial. The practice of fabricating a “confession” and forcing prisoners to sign it is also very common. Human rights organisations have been calling Iran out on its horrific justice system, but reforms have not been made.
Salas was reportedly taken from his hospital bed and forced to confess. His “confession” was broadcast on television. This was the only piece of “evidence” that was brought up during his trial and ultimately what led him to be sentenced to death.
Despite choosing his own lawyer, he was never given access or allowed to consult with them. Salas’ lawyer had made numerous demands to authorities to include evidence that would exonerate him, but they were systematically dismissed.
The National Council of Resistance of Iran (NCRI), the main opposition to the Iranian regime, has been warning about the regime’s mistreatment of prisoners and its practice of arbitrarily arresting people. On 30th June, the NCRI will be holding its annual gathering in Paris where a large number of Iranians from around the world will be in attendance. Dozens of distinguished speakers including politicians, lawmakers and human rights activists will discuss how the resistance can move forward and put these awful decades of clerical rule into the history books.
With regards to Salas’ execution, the NCRI issued a statement condemning the criminal actions of the regime. It said: “The reign of terror and crime in Iran, which is a disgrace for contemporary humanity, must be rejected from the family of nations. All the perpetrators guilty of killing of the Iranian people should be subject to the most severe sanctions and penalties and should be held accountable before international tribunals.”
The regime is not being held accountable and it is for this reason that its malign acts continue. It is being emboldened by the international silence and the insistence of several EU leaders that want to preserve trade relations.