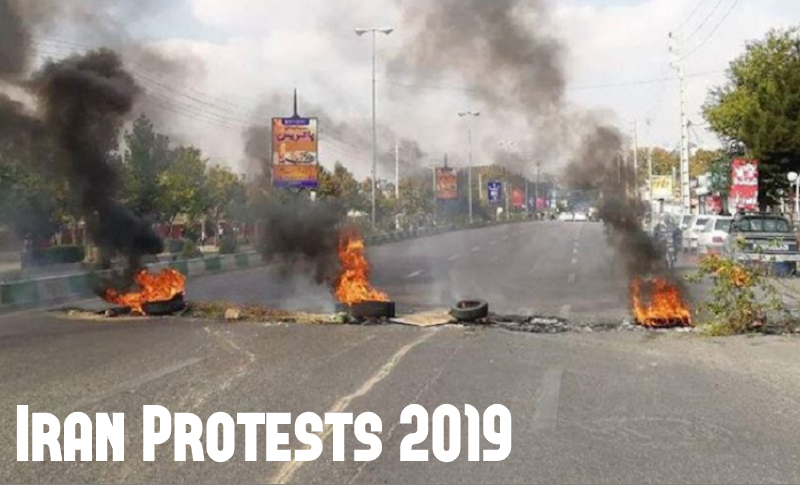 Over the past ten days, Iran has seen one of the biggest protests since the regime stole power in 1979. What began as a simple demonstration over a massive rise in the price of fuel, quickly morphed into an uprising demanding regime change and targeting Supreme Leader Ali Khamenei, President Hassan Rouhani, and the Revolutionary Guards (IRGC).

The People’s Mojahedin Organization of Iran (PMOI/MEK), a group that the Regime has long tried to portray as insignificant and unpopular among the Iranian people, has a leading role in these recent protests. Even the regime’s highest-ranking officials are forced to admit that their previous statements were lies and that the MEK enjoys nationwide support.

On Thursday, Alireza Adiani, representative of the supreme leader in the regime’s security forces, said: “The [protests] in the last few days have been much more widespread, much more radical and much more violent than the previous seditions in previous years… in one day alone there were unrests in 165 cities in 25 provinces.”

While Ali Fadavi, deputy commander of the Islamic Revolutionary Guard Corps (IRGC), compared the protests to Iran’s largest attack and defeat in the Iran-Iraq war during a speech to security forces on Friday.

Indeed, over the past two years, the MEK has expanded its “Resistance Units” and they’ve very active in cities across Iran, setting fire to photos of regime leaders, destroying regime symbols, and putting up pictures of the Iranian opposition leader Maryam Rajavi. Rajavi even sent the MEK resistance units and all the brave protesters a message on November 20 to keep “the flames of protests alight all over Iran despite horrendous pressure and persecution by the mullahs”.

What was amazing and what drew praise and admiration from the rest of the world was the courage and attacks of Iran’s young people and the roaring tides of uprisings and revolution in #Iran’s rebellious cities. #Iranprotests pic.twitter.com/B0uzQnNG8C

The Regime has begun a horrific crackdown on protests, killing hundreds, injuring thousands, and arresting many people including the  MEK supporters, even shutting down the internet to conduct the crackdown in secret. This has been condemned by Amnesty International and the US administration.

Donald Trump tweeted: “Iran has become so unstable that the regime has shut down its entire Internet System so that the Great Iranian people cannot talk about the tremendous violence taking place within the country. They want ZERO transparency, thinking the world will not find out the death and tragedy that the Iranian Regime is causing!”

While Secretary of State Mike Pompeo announced that Iran’s Minister of Information and Communications Technology, Mohammad Jahromi, would be sanctioned for his role in shutting down the Iranian internet.