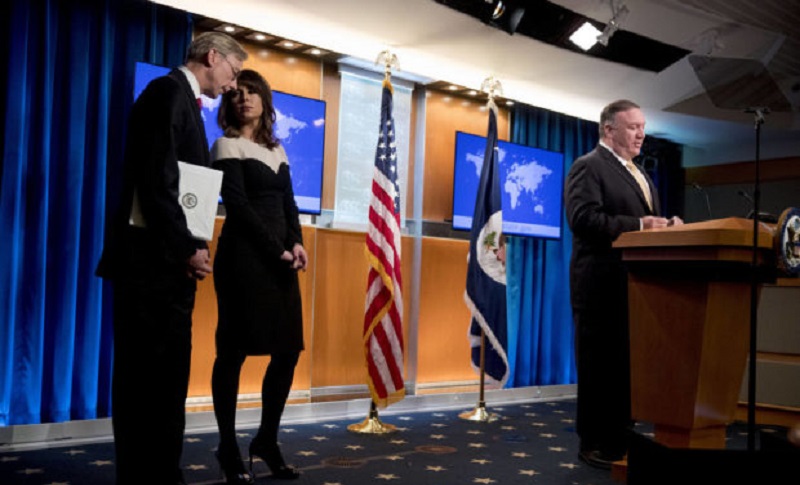 As the anti-regime protests continue to spread across Iran, now reaching at least 107 cities, the international community has begun to react.

On Monday, Germany urged the Iranian regime to respect the legitimate protests and warned that they were watching the developments with concern.

Ulrike Demmer, the representative for German Chancellor Angela Merkel, said: “It is legitimate and deserving of our respect when people courageously air their economic and political grievances, as is currently happening in Iran. The Iranian government should respond to the current protests with a willingness to engage in dialogue… We urge the government in Tehran to respect freedom of assembly and expression.”

The representative for the French Foreign Ministry also warned on Monday that Paris was “closely following” the protests in Iran and reiterated the need “to respect freedom of expression and the right to peaceful protest”.

Several high-ranking officials from the US have commented on the matter.

The White House issued a statement on Sunday expressing solidarity with the Iranian people and condemning the regime for its abuse of protesters.

The statement read: “The United States supports the Iranian people in their peaceful protests against the regime that is supposed to lead them. We condemn the lethal force and severe communications restrictions used against demonstrators. Tehran has fanatically pursued nuclear weapons and missile programs, and supported terrorism, turning a proud nation into another cautionary tale of what happens when a ruling class abandons its people and embarks on a crusade for personal power and riches.”

US Secretary of State Mike Pompeo had previously tweeted, “As I said to the people of Iran almost a year and a half ago: The United States is with you”, but he went further in remarks to the press.

He said: “The Iranian people will enjoy a better future when their government begins to respect basic human rights, abandons its revolutionary posture and its destabilizing foreign policy in the region, and behaves simply like a normal nation.”

Senator Tom Cotton said: “The Iranian people are tired of the regime ignoring their basic needs while funnelling vast sums to terrorists throughout the Middle East. We must stand with the brave protestors demanding accountability from the ayatollahs.”

Others condemned the Iranian regime for shutting off the internet in an attempt to silence the protesters.

US State Department spokeswoman Morgan Ortagus said: “The US stands with the long-suffering Iranian people as they protest the latest injustice by the corrupt regime in power. We condemn the attempted shutdown of the internet. Let them speak!”

While Richard Grenell, US Ambassador to Germany, said: “We have the technical ability to turn the internet on for the people of Iran. And ensure it is free of government blockers. Europe and America should do it together.”