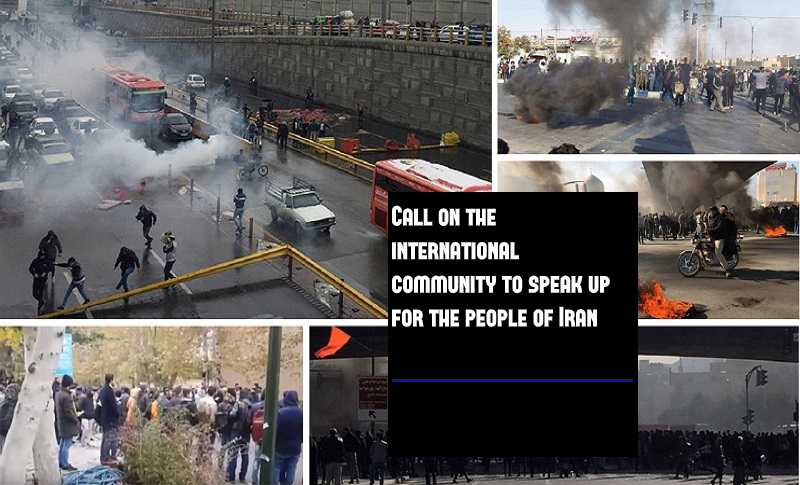 Ten days after the people took to the streets to protest the Iranian regime’s massive rise in petrol prices, the people of Iran are still going strong. They have made it very clear that they will not be leaving the streets any time soon and anger is palpable. Clashes between the anti-riot police and the people continue and buildings are being damaged. The National Council of Resistance of Iran (NCRI), the main opposition to the Iranian regime, believes that there are more than 300 people killed, more than 4,000 injured and more than 10,000 people arrested.

Although the huge increase in petrol prices is what sparked the protests off, the people are actually calling for the overthrow of the brutal regime. They have targeted Supreme Leader Ayatollah Ali Khamenei, the notorious Islamic Revolutionary Guard Corps (IRGC) and the Iranian regime’s President Hassan Rouhani. After decades of abuses, the denial of human rights, corruption and mismanagement, and crimes against humanity, the people are telling the regime that they will not put up with it anymore.

The regime has been unable to contain the discontent and it has resorted to attacking the crowds. Suppressive forces, undercover agents and anti-riot units have been dispatched to try and disperse the protesters. This is something that has happened during many protests in the past few decades, both large and small gatherings. However, people are showing their courage and determination by remaining on the streets.

Reports from protesters and hospital personnel in Iran have indicated that many of those killed have been shot at point-blank range, with most shots hitting the head or chest.

The outcome of these current protests is largely dependent on the response from the international community. During the last major protests in 2018, the regime was still benefiting from policies of appeasement from the West, in particular, several European countries.

Mrs. Maryam Rajavi, President-elect of the National Council of Resistance of Iran (NCRI) has called on the international community to speak up for the people of Iran who are doing nothing more than defending their rights. She also called on the UN Security Council to recognize the Iranian regime’s actions as crimes against humanity.

However, a number of international figures have spoken out and condemned the regime or voiced their support for the people of Iran.

Speaker of the United States House of Representatives Nancy Pelosi has said that Iranians must be allowed to make their voices heard without fearing reprisal from the regime. She also called on the regime to restore full internet access with immediate effect.

Reports that more than 100 protestors have been killed by Iranian security forces raise serious concerns. All Iranians should be able to make their voices heard without fear of reprisal. Iran must immediately restore full internet access and allow all to speak out.

US President Donald Trump and US Secretary of State Mike Pompeo have also spoken out about the uprising in Iran. Both have previously highlighted the regime’s crimes and defended the people of Iran, describing them as the regime’s first victims.

As the Iranian resistance had said before, it is time for the international community to stand on the right side of history and help the people of Iran get rid of the corrupt, terrorist and criminal regime that has been spreading chaos at home, across the region and much further beyond.