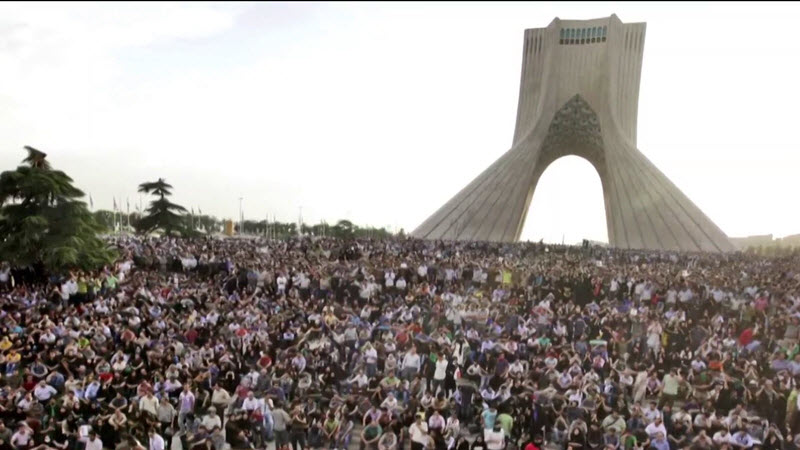 The human rights situation in Iran is appalling. People are still being imprisoned, arrested, tortured and detained for activities that the people are well within their rights to carry out. Since the end of last year, the people have been taking to the streets to make their voices heard. They have had enough of being silenced and desperately want their discontent to be heard and acknowledged.

The Human Rights Activists News Agency (HRNA) has reported that, as of yesterday, there were at least nine protests being held across the country.

Students in Tabriz from the Sahand University of Technology, city service workers in Abadan, students of Babol Noshirvani University, contractors working for Tehran’s municipality and employees from the Iran National Steel Industrial Group in Ahvaz all took to the streets, calling for their demands to be heard.

It was also reported that a group of activists took to the streets to protest against the imprisonment and mistreatment of civil activist Farhad Meysami. Meysami graduated from Tehran University of Medical Sciences. He became a human rights activist and was arrested on 31st July 2018 while he was at his personal library. He has been detained in the notorious Evin Prison in Iran’s capital, Tehran. The following day, he started a hunger strike. He has been denied access to a lawyer and has been badly mistreated. Unfortunately, this is nothing out of the ordinary for activists imprisoned in Iran.

The organisation also drew attention to a fire that broke out at a construction site, injuring 23 workers. All of the injured had smoke inhalation on top of their injuries. In another incident, four factory workers in Saveh Industrial Complex suffered hypoxia after getting stuck in a nitrogen gas container that was empty at the time.

Labour conditions in Iran are horrendous and many workers risk their lives every day by simply going to work. Not only do they get paid very low wages, they are not protected by law or the state. There have been a large number of accidents in recent years and the government has failed to act.

A Sunni prisoner in Karaj’s Rajai Shahr Prison who has not eaten since the 23rd September called off his hunger strike after 70 days. Hamzeh Darvish was reportedly threatened by prison officials into ending his hunger strike even though none of his demands have been met.

Another prisoner at the same prison was also been transferred to the notorious Evin Prison in Tehran after a raid on the Sunni detainees there. Four months have passed but there has been no update about his condition. His family have been to prosecutor’s office on a number of occasions to get further information, but they have been turned away each time.

The people of Iran have made it very clear that they are not going to give up in the fight for freedom, human rights and democracy. Even those that are currently imprisoned by the regime are making sure that their voices are heard.