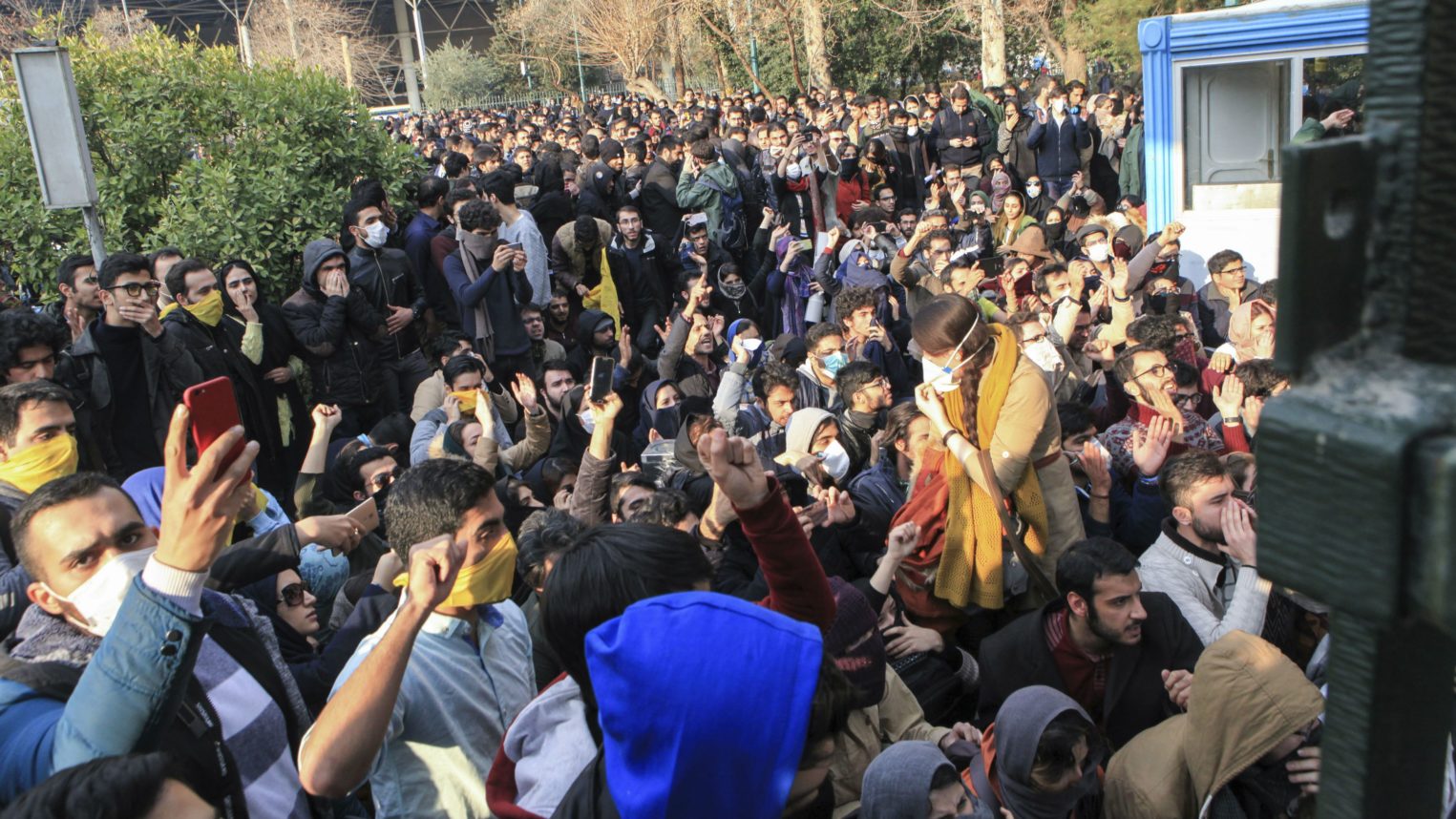 by Azita Carlson
While the Iranian regime tells international community that the recent uprising that occurred in late December / early January has ended, in fact various protests are ongoing — particularly as Iranian workers continue to protest on a variety of issues.

The People’s Mojahedin Organization of Iran (PMOI/over various injustices and non-payment of salaries, and are occurring among agricultural workers, as well as mine employees and retirees.
Agricultural workers began their sixth day of protest on February 5, at a local factory in the Khuzestan province.

They spoke out against the injustices they have endured from the management. Retired workers from this factory have not received their pension payments for over a year. Workers from a variety of sectors, including agriculture, manufacturing, engineering, and commerce joined the protest. Together, the workers went to the company’s yard, closed the gate, and prevented trucks from leaving the factory.

Retired personnel of the Steel and Mine Industries of Isfahan and Ahwaz also held a protest rally. In Isfahan, they gathered in front of the retirement board, while Ahwaz retirees gather in front of the governorate. Apparently, the lack of payment of pensions is the focus,
which is part of the larger economic issues that plague the Iranian people. The Iranian people, both old and young, have limited options in terms of jobs and economic security.

The ability of the economy to grow and recover, was the reason for the 2015 nuclear agreement, the Iranian people were told. Lifting various sanctions was a huge economic benefit, but not for ordinary Iranians. The regime and Islamic Revolutionary Guard Corps (IRGC), have benefited financially, while the average Iranian is losing their limited aid from the government.

Young Iranians face high unemployment and university degrees that are essentially worthless. Their anger is creating unrest, and the international community is taking notice of the regime’s efforts to suppress their voices.

Te Iranian regime has made promises, but months have passed with no discerning change. For instance, the workers from Hepco were promised action regarding the non-payment of their salaries and the privatization of the company months ago. Labor Minister Ali Rabiee and the governor of Arak promised action, but failed to make any changes, resulting in protests again on February 5th.

Iranian people have continues to make their voices heard during the month of February, which began with protests, despite threats of imprisonment, and the violence witnessed at the turn of the year.