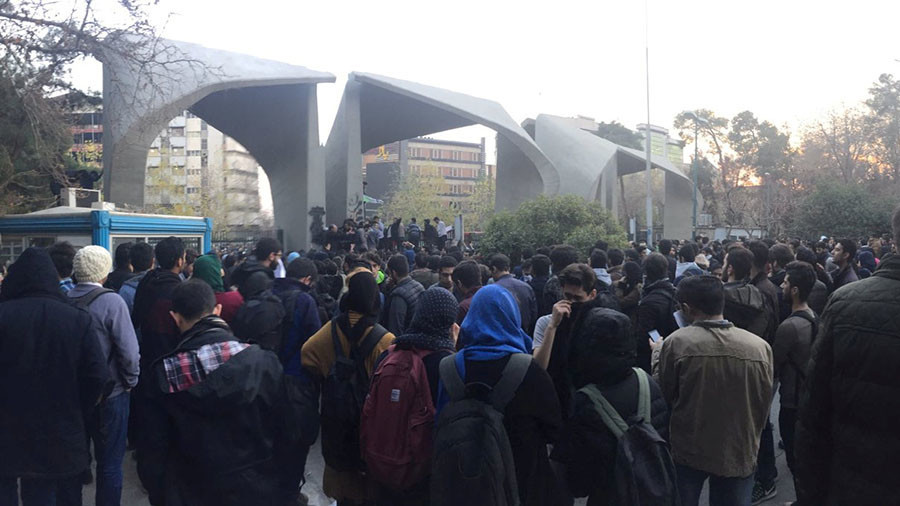 by Navid  Felker
As the new year approaches in Iran, the people are renewing their calls to the government for more freedom.
At the end of last year and the beginning of this year, the West heard news about the protests that were spreading across the whole country.

The Iranian regime, realising that the widespread public discontent presents a major threat to its survival, reacted in the only way it knows how. It reacted with violence and suppression and scores of people died. Thousands, reportedly around eight thousand, were arrested.
After initial protests about the social and economic situation in the country, people started to call for regime change and death to President Hassan Rouhani and Supreme Leader Ali Khamenei.

The Iranian regime’s response has done itself no favours. The violent backlash from the authorities has made the people even more determined to ensure that the mullahs are replaced with a democratic alternative.

The people have the unconditional backing of the National Council of Resistance of Iran (NCRI), the main opposition to the Iranian regime.
Iran has a very young population and a large percentage of the people participating in the protests are under the ages of 35. These young people grew up under the clerical regime’s rule and they have not experienced anything other than repression from the leaders. It is these young people that are shaping the future of Iran.

The current protests are unlike the ones that have taken place in the past. This time the protests are much more widespread and all classes of society are getting involved. There are also a huge number of women taking to the streets to fight for more freedoms and equality on top of all the other issues that are being raised.

Anyone who takes part in protests in Iran can only be described as brave. Protesters, even the most peaceful of ones, risk everything. They could be arrested, tortured, thrown in jail or even executed. Families of those who have been imprisoned are threatened and intimidated and lawyers are told to withhold or withdraw representation.

The violent suppression, cruelty and mistreatment of the people is something that is spurring the protesters on. The harder the regime cracks down on the people, the harder they will push back.

In the meantime, it is important for the international community and the relevant authorities and bodies to ensure that the Iranian regime is punished and held to justice for its violent crackdown of protesters and its unlawful torturing and killing of prisoners. For far too long the Iranian regime has been unchallenged.