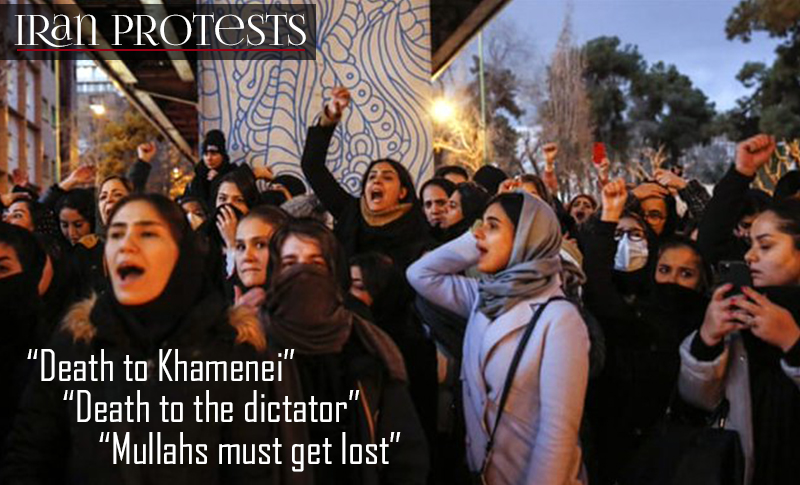 The people of Iran have been suffering from the side-effects of a failing economy for many years. The regime has not just mismanaged the economy, but it has also plundered billions and billions of dollars on warmongering and terrorist activities across the region.

More than 173,900 people have died of the novel #coronavirus in 465 cities checkered across all of #Iran's 31 provinces, according to the Iranian opposition PMOI/MEK. pic.twitter.com/KaraPvM8Ix

Now with the Coronavirus health crisis, the people are feeling even more economic pressure. The COVID-19 has taken the lives of over 173,900 people throughout Iran, according to the Iranian opposition the People’s Mojahedin Organization of Iran (PMOI / MEK Iran) and the National Council of Resistance of Iran (NCRI). Reports from inside Iran indicate that common food items are now becoming unaffordable for more and more people.

Chicken, for example, has seen a massive price rise over the past two weeks and it has been reported that consumption has decreased by around 70 percent. Now people are taking to buying the usually undesirable parts such as gizzards and liver.

The head of the Poultry and Fish Traders Association confirmed during an interview with state media that “buying chicken is beyond the purchasing power of a high percentage of the population”.

Nov. 25- Tehran#Iranians have been waiting in this line for 3 hours to buy subsidized chicken because they can't afford the new price increase in chicken.
The regime claims to be fighting #COVID19, but does nothing to ease the hardships of Iranians who are exposed to the virus. pic.twitter.com/90i4QJbVd3

State-run media outlets have been reporting on an increase in prices for other goods such as milk and other dairy products, oil products, and several meat products.

President Hassan Rouhani has tried to give the impression that he is in control of the economy, but this could not be further from the truth. Even Supreme Leader Ali Khamenei has said that the people’s livelihoods are in an extremely “dire situation”.

Last year, when the regime announced that fuel prices would be massively increased with immediate effect, the people responded with huge protests that turned into a nationwide uprising. The regime is risking the same again, but it has no option. It has a huge budget deficit and it really has nowhere else to turn.

In three days, the price of full-fat milk has increased by 21 cents, another sign of a collapsing economy and unbridled high-prices in #Iran.pic.twitter.com/FCmEcfRioS

Regime officials like to pass the blame off to others and lately, they have been blaming the Coronavirus outbreak. Firstly, the economic problems existed long before COVID-19 did and the people of Iran have been gradually getting poorer and poorer over the past few years. Secondly, the regime can blame who it wants, but it is clear for all to see that the number one problem is the regime itself.

This is why people want to see the regime fall. The only thing standing in the way of prosperity for the people is the regime itself. The people know that for as long as the mullahs are in power, the people will continue suffering.

The regime is truly at an impasse. It has nowhere to turn and no action it takes will ever be enough to help it overcome the number of crises it is currently experiencing. All the regime can do is hope that another uprising does not break out because it is certainly going to have a huge impact on the regime’s survival.