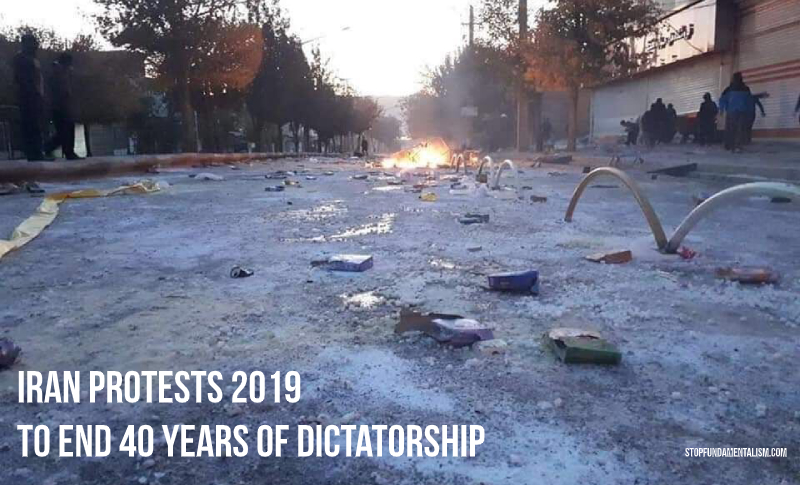 Nowadays, various officials of the Islamic Republic of Iran are examining the dimensions of the recent uprising in Iran. Central to these meetings is the recognition of the role of the People’s Mojahedin Organization of Iran (PMOI/MEK) in the recent Iran protests.

On November 25, the Parliament’s National Security and Foreign Affairs Committee held a joint meeting with a representative of security institutions to discuss recent events following the gasoline price hike.

Another representative of the Ministry of Intelligence explained at the meeting that “the MEK have been training various groups and circles for the past two years and leading them in the protests. They are not aimed at issues like gasoline and high prices. They are looking to exploit the protest atmosphere.”

In a television interview last night, Interior Minister Abdolreza Rahmani Fazli said: “It was no problem until Friday afternoon when foreign media noticed this – referring to the rise in gasoline prices – consistently showing old images of 2017 that the country was now shattered and was set on fire and displayed pictures of Iraqi protests as pictures of Tehran’s streets after gasoline quotas.”

These ridiculous statements by Rahmani Fazli are a passive reaction to the widespread public outcry against the rise in fuel prices. But on the other hand, he points to the criticality of the situation and the widespread protests and states elsewhere: “In the disturbances, I called Mr. [Abdulali] Ali-Asgari, the head of Islamic Republic of Iran Broadcasting (IRIB), and I said that 500 thugs are moving to IRIB, of course. With the timely arrival of the police, we did not even let them reach 3 kilometers. In recent unrest, police and Basij were injured twice as much as the protesters.”

It is clear that the situation in Tehran from November 15 to November 18 was extremely critical and the fate of the Islamic Republic was on the brink. The Minister of the Interior’s reference to the conquest of Radio and Television center by the people is a stark example of this confession.

That is why the security forces were ordered to directly fire at the protesters, and we see clearly in videos released from the streets of Iran that the scale of the crackdown by plainclothes and security forces was very broad. 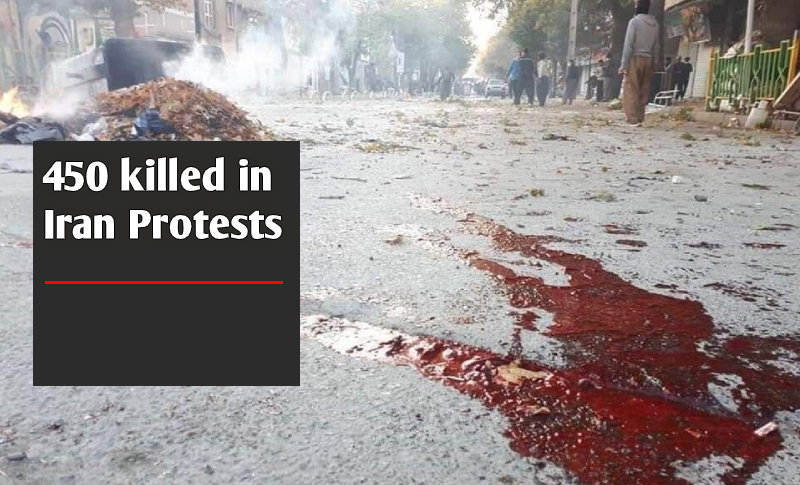 According to the People’s Mojahedin Organization of Iran (PMOI/MEK), the number of victims killed during Iran Protests 2019 has surpassed 450, though the actual numbers are much higher.

The statistics of the number of martyrs, the injured and the arrested speaks for itself. The MEK announced that the number of martyrs of the uprising of the people of Iran, which has to 176 cities across Iran, has exceeded 450. The actual number of martyrs is much higher, but the regime seeks to conceal the true dimensions of the horrific crimes by shutting down the internet and not giving the bodies of the martyrs to their families or preventing funeral ceremonies. 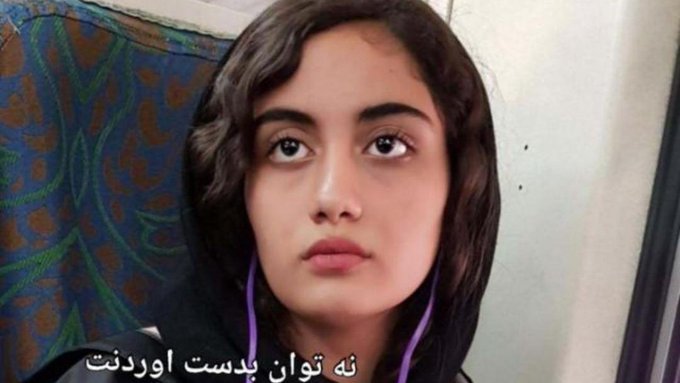 Her name is Nikta Esfandani, she was only 14 years old. Shot in the head on November 16 in Tehran’s Sattar khan district. Her family was told since she’s a minor, they don’t have to pay for the bullet.

In this regard in a press conference entitled “Uprising Shakes Iran Regime’s Foundations” the U.S. Representative of the National Council of Resistance of Iran revealed the names and details of 87 senior IRGC commanders and other officials involved in seven provinces in the deadly crackdown.

In this conference, the NCRI’s U.S. Representative, Ms. Soona Samsami, said “the Iranian people rose up all over the country. More than 450 protesters are killed and 10,000-plus are arrested. The Iranian people seek the overthrow of the regime.

This is our collective commitment and our collective pledge to the Iranian nation to place everything at the service of the uprisings, giving it all we have and making sacrifices in all fronts in order to advance the uprising. #IranProtests pic.twitter.com/z8a9mQEKWQ

Deputy Director of NCRI’s US office, Alireza Jaffarzadeh said “Iranian Resistance calls on the international community to strongly condemn the mullahs’ internet terrorism and assist the people of Iran in circumventing this blockade and the United Nations must immediately dispatch fact-finding missions to Iran to investigate the number of those killed, injured and imprisoned.”

Mrs. Maryam Rajavi, the President-elect of the National Council of Resistance of Iran (NCRI), described the killing of the protesters as a “manifest case of crime against humanity.”

Maryam Rajavi demanded urgent action by the world community so that the murder and suppression of the protesters are halted immediately.

“The international community’s silence and inaction are unacceptable. The UN Security Council must declare that the religious fascism ruling Iran is engaged in crimes against humanity,” Mrs. Rajavi said.

Calls on the international community to halt #Iran regime’s crimes against humanity- The wave of arrests is continuing. Tehran’s prisons, including Evin and Fashafouyeh are overflowing with detainees and facing severe space shortage.https://t.co/W3M1QdcQMU pic.twitter.com/BRY7vFOV5O

Mrs. Rajavi called on the United Nations to quickly dispatch fact-finding missions to Iran and added that the regime leaders must face justice for perpetrating crimes against humanity.

Silence and inaction, she said, are both a violation of international conventions, laws ad standards, and embolden the regime to continue its crimes and expand them to the region.