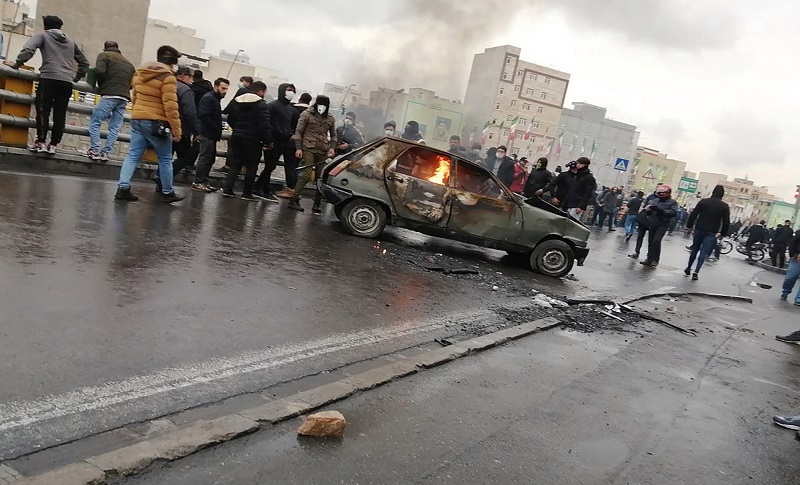 A number of people have been killed and many injured since the protests broke out in Iran last Friday after the announcement of an increase in fuel prices. The exact situation in Iran is difficult to ascertain because of the internet and cell phone shut down that the regime has implemented, but it appears that the protests are showing no signs of coming to an imminent end.

The government has called for an end to the protests and has criticized the United States for voicing its support for the people.

In a statement, the White House said that the people of Iran are exercising their right to protest and described the situation in the country as an example of the consequences of “a ruling class” that has abandoned the interests of the people and embarked “on a crusade for personal power and riches”.

The White House also said that the use of lethal force and the cell phone and internet blackout is unacceptable.

In a message on Twitter, the US Secretary of State Mike Pompeo once again voiced his support for the people of Iran, reminding them that the United States stands behind them.

On Friday, protests erupted after it was announced by the government that petrol prices would be increased by 300 per cent and that subsidies would be cut. The announcement also stated that drivers in the country would be able to purchase 60 liters of petrol before the price per liter would go from 15,000 rials to 30,000 rials. This is an increase from approximately $0.12 per liter to approximately $0.24 per liter.

Although these higher prices are among the cheapest in the world for petrol, it is out of reach for many people in the country. The economic situation in Iran has made the people poorer, with a large portion of the population unable to afford even the most basic of essentials.

During the 2017 / 2018 protests in Iran, the regime realized that the people are not going to back down in their determination for regime change. It has acknowledged for months now that society is simmering with discontent and that another uprising could happen at any time. It seems that the time has come and there is great hope for the Iranian Resistance that these will be the protests that push the regime over the edge.

Since the last major uprising, the regime has continued to suppress the people, ordering crackdown after crackdown. This tactic has the aim of quashing dissent, but it has resulted in the people being more determined than ever.

Now, as the protests continue days after they started, the people of Iran have shown their courage once again – not just to the regime, but to the international community. The United States has spoken out against the regime and in support of the people and it is hoped by the Resistance that other countries follow suit and show their support for the people’s calls for democracy, freedom and the respect of human rights.